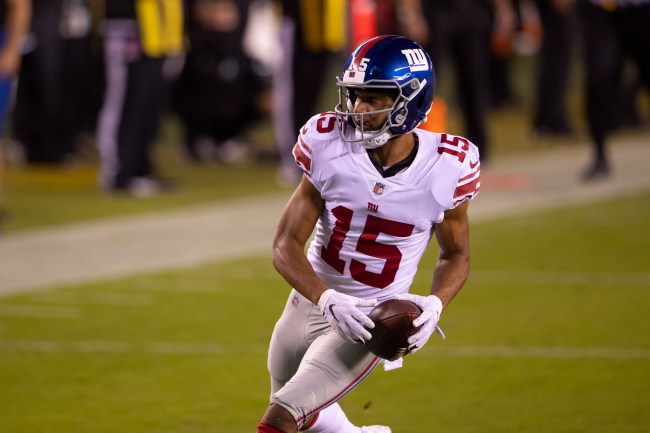 Golden Tate’s time in New York appears to be over.

After catching a touchdown on Monday night football, Tate yelled “throw me the ball” into the camera while celebrating.

WR Golden Tate is a player the Giants are trying to move. The money (still owed almost $4.5M this year) could be prohibitive.

But Tate’s role with Giants has been shrinking (54% of snaps on Monday night). Only 5 targets past two weeks. Frustration growing?

“Throw me the ball!” pic.twitter.com/pZ85vmiyue

During the game, Tate’s wife took to Instagram to criticize the team for not throwing her husband the ball as well. 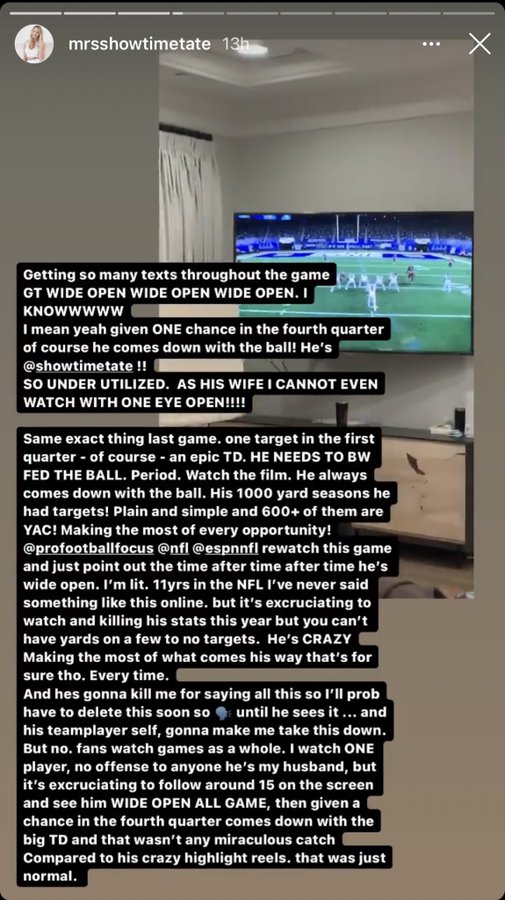 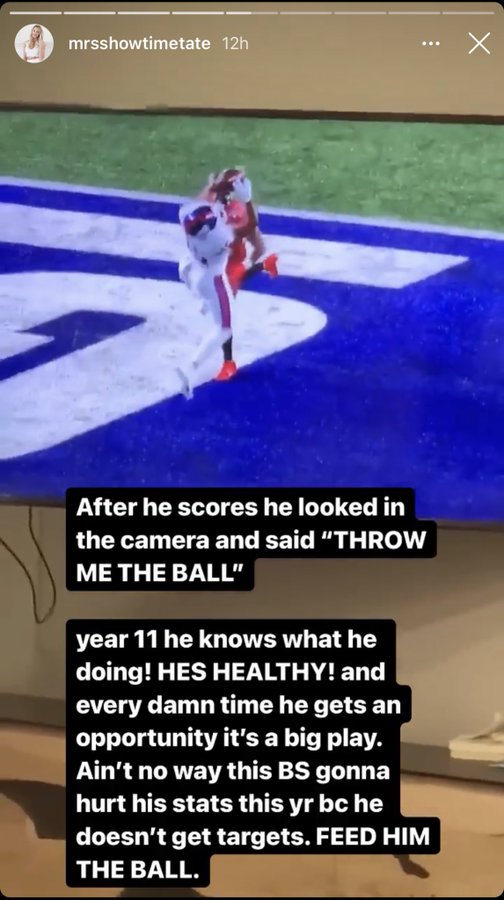 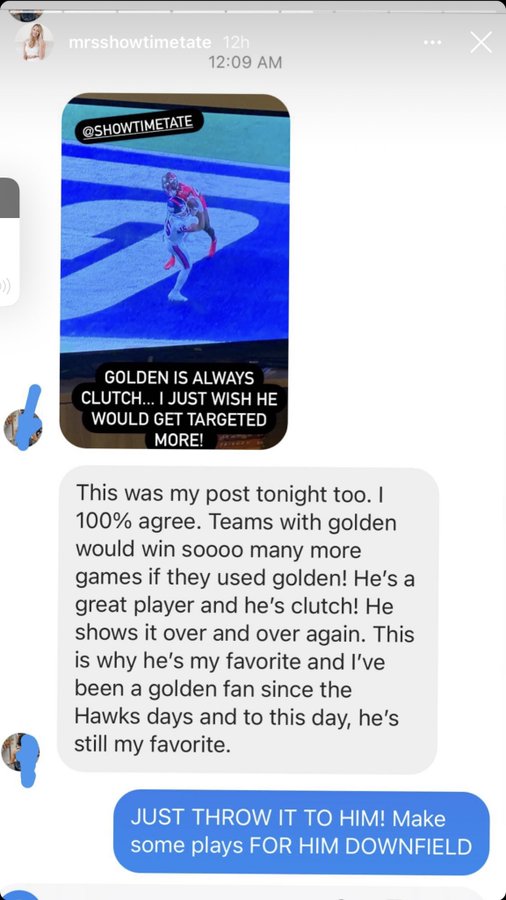 On Saturday, Tate was apparently told to stay home because he was not going to play in the team’s game against Washington on Sunday.

Giants WR Golden Tate is not making the trip to Washington with the team and will not play in tomorrow’s game, the team announced.

This is punishment for Golden Tate’s tumultuous week, which included him screaming for the ball (on camera) Monday night and an Instagram post from his wife that was critical of how he was being used. https://t.co/0qUDREZfN2

According to SNY’s Ralph Vacchiano, the Giants will likely release Tate at the end of the season.

Golden Tate's time with the Giants is almost certainly nearing an end. The team tried to trade him last week, according to a source, but found no takers. He will very likely be released after the season.