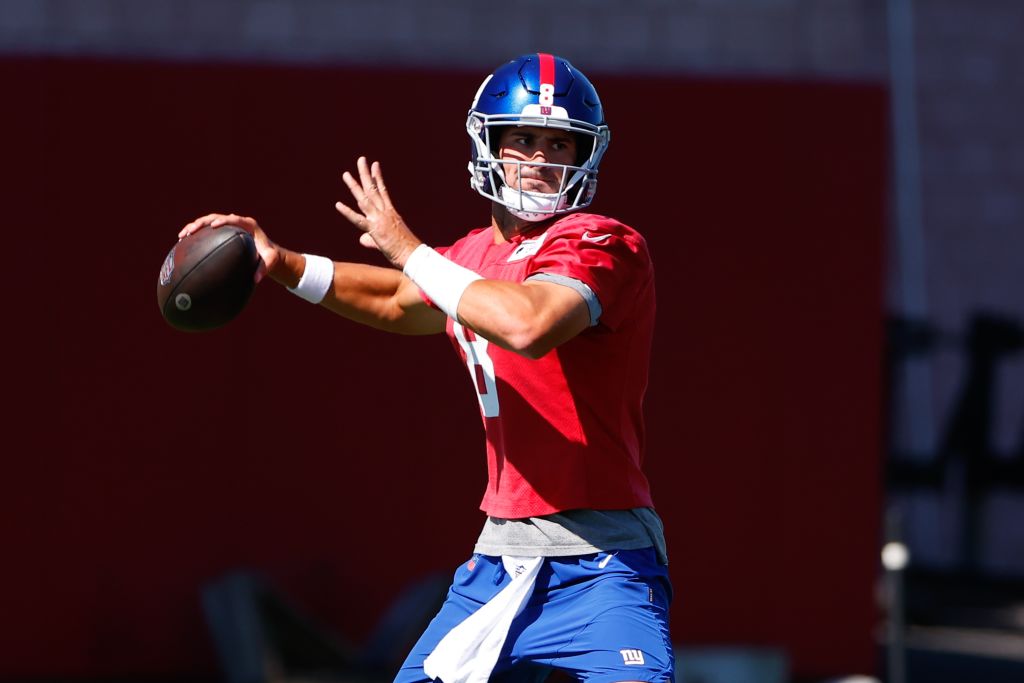 The NY Giants might have to seriously consider trading for Jimmy Garoppolo after Daniel Jones’ recent performance.

On Saturday, the Giants held a team scrimmage that was open to the public, and fans were able to see Daniel Jones stink it up in person.

Fans immediately mocked Jones for his performance on Saturday.

Imagine 17 weeks of this. https://t.co/eFPuldbtU4

So many weapons for NYG. But they might not matter. https://t.co/5stGb1DM9s

JUUUUUUUST A BIT OUTSIDE
pic.twitter.com/qZsTEzF7RM

It is worth noting that there have been rumors about the Giants trading for Jimmy G, but the team shot them down earlier this week.

“I’ve spoken to people within the organization…The Giants are not getting Jimmy Garoppolo,” Raanan said. “Tell me how that makes sense for the New York Giants?… Are they trying to win this year? Is he their future franchise quarterback? Do they have the money? Why would they give up assets? This is a rebuilding team. So, you put all that together and I don’t see how it’s even realistic.”