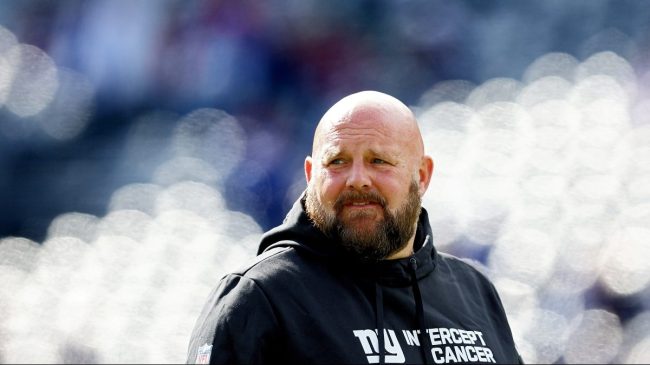 With the NFL trade deadline right around the corner, the New York Giants and Kansas City Chiefs reached a deal. Kadarius Toney will now be playing with Patrick Mahomes in Kansas City while New York acquires an extra third and sixth-round draft pick. However, we take a look at why Brian Daboll’s team comes out as winners from this trade.

Ari Meirov shows a quick breakdown of New York’s draft capital. After the trade on Thursday, the Giants now have a total of nine picks for the 2023 NFL Draft. On top of that, they’re expected to receive “two more via the compensatory formula.” Factor in the 6-1 record and you have yourself a franchise running an organization the right way.

The #Giants now have 9 picks in the 2023 NFL Draft and are likely to get two more via the compensatory formula, per OverTheCap.

New regime has them at 6-1 in a year many thought would be a rebuild year, and they still have an eye out to the future with draft capital piling up. pic.twitter.com/fIMYiikAJL

Many believed this would be a rebuilding year for the Giants. Instead, they’ve been one of the best teams in the league. All while having roughly the same personnel as last season. Sure, New York swung and missed on Toney, as he was a first-round selection that didn’t pan out. However, between their winning record and future draft capital, it’s safe to say this organization has a bright future.

Although New York is looking great right now, Patrick Mahomes surely seems excited to be teaming up with Kadarius Toney.

If anyone is going to be able to unlock Toney, it’s going to be Andy Reid and the Chiefs. Regardless, we’re still liking the way the Giants are constructing their roster to win now and build for the future.