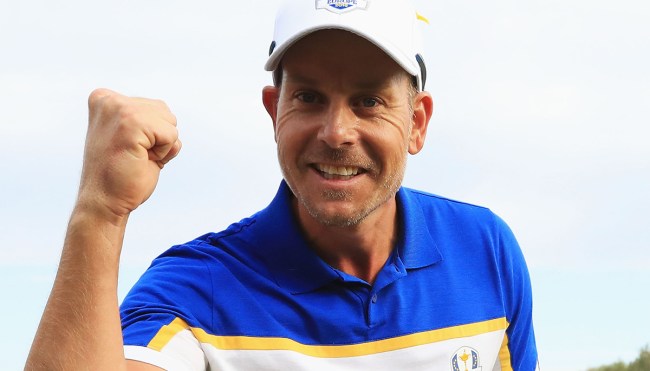 Prior to this year, golf would’ve been one of the last sports to pop to mind when it comes to the amount of behind-the-scenes drama it normally produces compared to, say, the NBA or NFL.

However, that all changed in a big way courtesy of LIV Golf, the burgeoning PGA killer that’s been poaching high-profile names left and right with the help of the massive bags of cash it’s been dangling in front of golfers to get them to defect.

It’s still too early to tell just how big of an impact LIV will have on the landscape of the game in the long term. However, we were treated to our latest dose of drama on Wednesday courtesy of Henrik Stenson, the Swedish pro who will now have to add “former” in front of the “Ryder Cup captain” title he earned back in March.

On Tuesday, Ryder Cup Europe released a statement announcing Stenson had been stripped up his captaincy around four months after he was tapped to lead Team Europe ahead of its showdown with players who will represent the United States in Rome in 2023.

Henrik Stenson officially stripped of his Ryder Cup captaincy today as he’s on the verge of joining LIV Golf. No replacement has been named, though past captain Thomas Bjorn has been rumored. pic.twitter.com/I2It1CBuP2

As of this writing, there’s been no official announcement concerning Stenson’s leap to LIV, but it’s hard to imagine that will remain the case for much longer given the reports that have swirled in the day leading up to the development.

It didn’t take golf fans long to chime in with a slew of reactions, with many criticizing the Swede for going back on his previous promise and opting for the massive payday that will accompany a move to LIV over the honor of being a Ryder Cup captain (although others argue it’s hard to blame him).

Can’t believe Henrik actually did it. Takes the captaincy in March, calls it a “dream come true,” then takes the cash knowing what would happen. A huge symbolic FU from LIV, and one helluva career move for Henrik. He’ll be remembered for this.

Henrik Stenson took on the job of captain knowing the parameters. If he had any lingering doubt about leaving for LIV or was still contemplating the move he should have passed. Once you take on the job, which is an honor, you do the job.

Henrik Stenson going to #LIVtour isn’t about growing the game of golf……he’s done as a player and has been for a bit. But he is the #RyderCup captain so they are using him as a pawn to hurt the current game of golf. It’s that simple.

Henrik Stenson after being stripped of the Ryder Cup captaincy and joining the LIV Golf series pic.twitter.com/x6tnTJD6wT