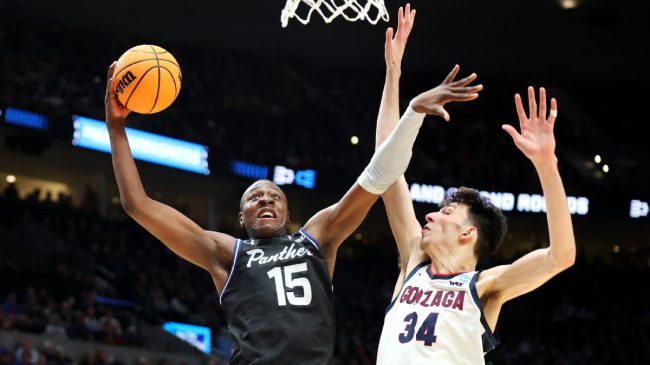 Gonzaga is taking on No. 16 seed Georgia State in NCAA tournament action this afternoon.

What was supposed to be a nice easy win for the Bulldogs has turned into an absolute dog fight against the Panthers.

Gonzaga entered the game as 23-point favorites, expected to run away with this contest early. Instead, a poor shooting performance has led to a very tight game. They’ll almost certainly fail to cover that massive spread, but one Bulldog bettor is sweating this game out for a different reason.

I’m sure the wager seemed like a simple win when placed. After all, only one No. 1 seed has ever lost to a No. 16.

But Georgia State has found a way to hang in the contest. As of the time of this posting, Gonzaga leads by just eight points. The game was tied as late as the 12-minute mark.

Gonzaga may begin to pull away late, but this bettor was certainly sweating over the first 30 minutes of action.

They’ll hope that the Bulldogs can hang on to this late lead and save them from becoming the butt of jokes around the sports betting world.