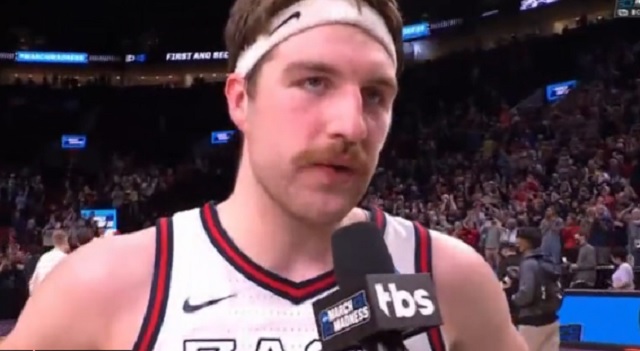 On Saturday night, Timme helped Gonzaga pick up another huge second-half comeback win in the NCAA tournament as the Bulldogs earned another Sweet Sixteen birth.

After the game, Timme was asked what he told his teammates at halftime when the team was down and he had self-censor himself to make sure that he didn’t use any curse words on national television.

Timme self censoring his halftime speech is hilarious pic.twitter.com/C87VpNUdmW

“I said I don’t give a flying F what happens at the end of the game, whether we lose or win, we’re not going out as no…ugh, soft guys”

Despite trying not to curse, Timme slipped up while hyping his teammate at the end of the interview.

DREW TIMME TRIED SO HARD NOT TO CUSS pic.twitter.com/Wf95uv5uV5