Even The Green Bay Packers Have No Idea If Jordan Love Is Any Good, According To CEO Mark Murphy 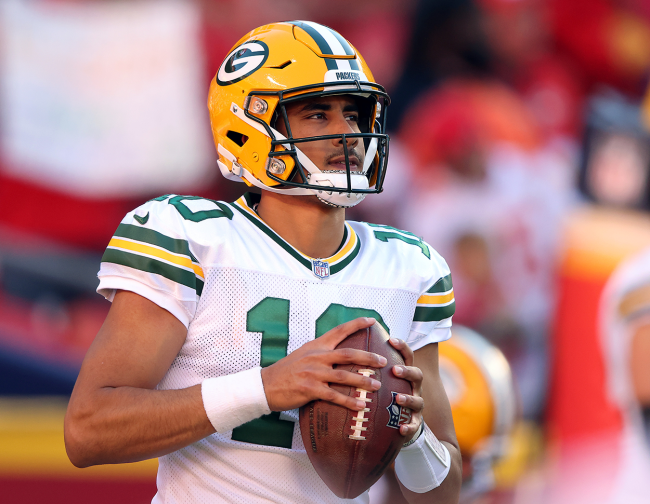 It has been almost two full years since the Green Bay Packers traded up to draft Jordan Love with the No. 26 overall pick in 2020. The decision to do so was rather questionable and didn’t make a lot of sense to anyone at the time.

Even today the decision will make you scratch your head.

Is Jordan Love any good? Nobody knows. Not even the Packers.

Love has appeared in six games with one start in two seasons. The start did not go well and he has completed less than 60% of his 62 pass attempts for three interceptions and only two touchdowns.

It has not been a particularly strong beginning to Love’s career, but it is a small sample size and there is a lot of time for him to develop. Especially considering that there is no clear path to the starting job in sight.

Aaron Rodgers re-signed with Green Bay on a three-year, $150 million deal during the offseason. Should all things go according to plan, the reigning MVP will start and finish every single game next season, leaving Love on the bench.

However, the Packers have confidence in Love as a backup. At least, kind of.

Packers CEO Mark Murphy spoke with Packast’s Tom Grossi and could not have been more lukewarm about Love. He instilled just enough trust in Love as a backup without really giving him any praise.

“He’s a talented player. I know the decision to draft him has been questioned by a number of people, but it’s such an important position in our league that investing future assets at the position. . . . They said the same thing when we drafted Aaron.”

Murphy is right about what people said when the Packers drafted Rodgers.

Rodgers was drafted No. 24 overall in 2005 and sat three seasons behind Brett Favre in Green Bay. He actually placed less than Love.

In his first three years in the NFL, Rodgers appeared in only seven games, with no starts. He threw 59 passes with one touchdown and one interception.

So, when Rodgers took over for Favre in 2008, the Packers didn’t really have any idea what they were going to get. Just like they have no idea what to expect from Love.