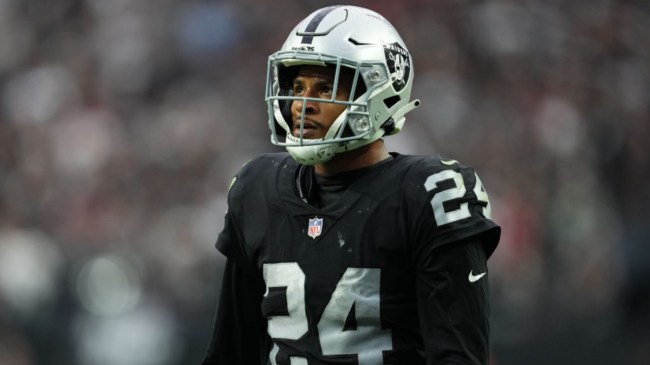 The Green Bay Packers have been needing to do something to turn their fortunes around this season. The team is 3 games below .500, well behind the division-leading Minnesota Vikings in the NFC North. They are on the outside of the playoff picture right now and only hold a better record than 2 teams in their conference.

Aaron Rodgers is unhappy. Rodgers’ Packers teammates are reportedly not particularly pleased with him.

It’s just kind of a mess.

So the Packers went out and signed a former 1st round pick that doesn’t seem like the answer to any of their problems.

The Packers have 2 clear issues that are holding them back right now. Outside of Allen Lazard, Rodgers has yet to find a receiver he can consistently trust and the team badly struggles to stop the run.

Today, they signed a former first round pick. According to Adam Schefter, they claimed former Raiders safety Jonathan Abram off of waivers.

Earlier this week, Abram became the latest Raiders 1st round pick to no longer find himself on the team’s roster. He joins Henry Ruggs, Damon Arnette, and Alex Leatherwood as first round picks who have been let go by the Raiders since the 2019 draft. The only 1st rounders they still have from this drafts are Josh Jacobs and Clelin Ferrell.

The Raiders waived Abram after years of him struggling in pass coverage. Now it seems the Packers don’t believe that will be an issue for them.

The thing Abram has done well during his NFL career is make tackles, racking up 116 total tackles last season. Maybe the Packers believe that will make him a valuable addition to their run defense.

They’ll just have to hope that if they do decide to make him a part of their defense going forward, that he won’t weaken a pretty strong pass defense.