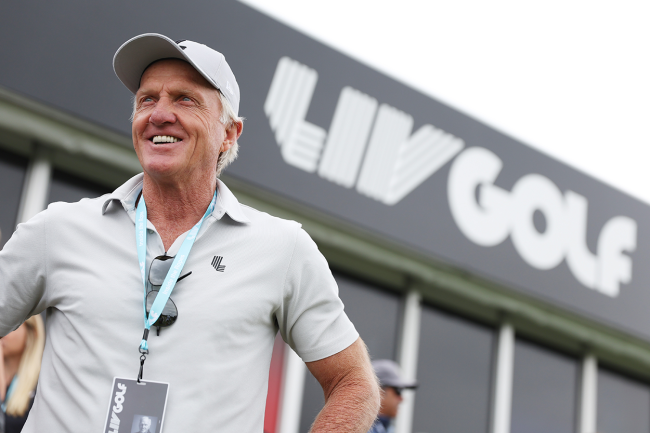 Greg Norman continues to get shunned by the golf world over his role with LIV Golf. The 67-year-old, who once spent 331 weeks as the world’s No. 1 in the Official World Golf Rankings, currently serves as the CEO and commissioner of the Saudi-backed league and is being ostracized as a result.

On Saturday morning, he was uninvited from all upcoming British Open events. Norman previously won the Open at Turnberry in 1986 and at Royal St. George’s in 1993.

As a result, he would have been eligible to play in the four-hole Celebration of Champions exhibition on Monday as well as attend the Champions’ Dinner at St. Andrews next week. That will not be the case this year.

The R&A, the governing bodies of golf outside of the United States and Mexico, did not invite Norman. Here is its statement:

The R&A told two-time Open champ Greg Norman that he wasn’t invited to this year’s Celebration of Champions at St. Andrews. pic.twitter.com/6zh3t9pFFX

In response to the lack of invitation and quasi-ban, Norman is not pleased.

“I’m disappointed,” he told Australian Golf Digest. “I would have thought the R&A would have stayed above it all given their position in world golf. (It’s) petty, as all I have done is promote and grow the game of golf globally, on and off the golf course, for more than four decades.”

Norman will not be the only LIV-tied person who will not be in attendance. Phil Mickelson was invited, but chose not to participate in the Celebration of Champions or the Champions’ Dinner.

However, the R&A is allowing players like Mickelson from LIV Golf to compete in the British Open, with the USGA having done the same for the U.S. Open because anyone who qualifies is allowed to compete. Norman, who had sought special exemption to play in the 150th British Open, was denied his request and did not try to qualify.