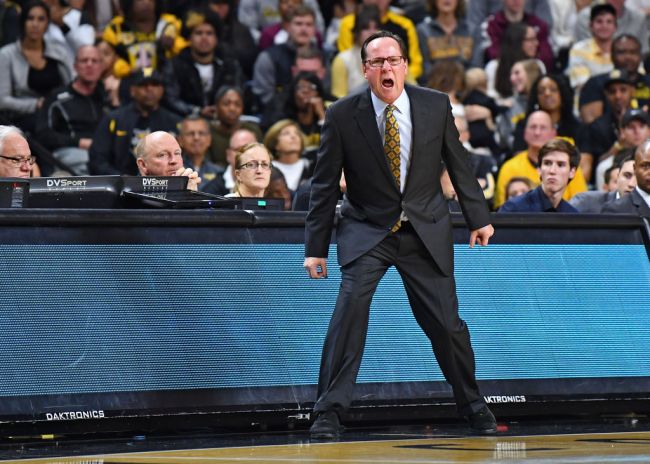 Late last week it was reported that Wichita State and head men’s basketball coach Gregg Marshall were expected to part ways after the university’s recent announcement of an internal investigation surrounding Marshall and a number of disturbing allegations.

Former players Shaq Morris and Ty Taylor spoke to Stadium back in October detailing allegations involving Marshall. Morris alleged that the now former head coach shoved and punched him during practice during the 2015-16 season. Morris had reportedly just told Marshall that his mom had recently been diagnosed with cancer.

One former assistant told Stadium that “he’s a maniac, a bully” and “brings up personal stuff, family, girlfriends.” Marshall also allegedly placed his hands around a staff members neck during that same season.

We of course don’t know the fine print of Marshall’s contract or what all was built into it from a buy-out or resignation standpoint, but given the investigation and allegations, it wouldn’t have been that surprising to see Wichita State at least try to not pay out that kind of money for Marshall’s resignation. Or maybe Marshall’s agent is the greatest sports agent of all-time and pulled off one of the greatest moves in contract history?

Wichita State saw a total of six scholarship players and one walk-on transfer from the program after the most recent season.