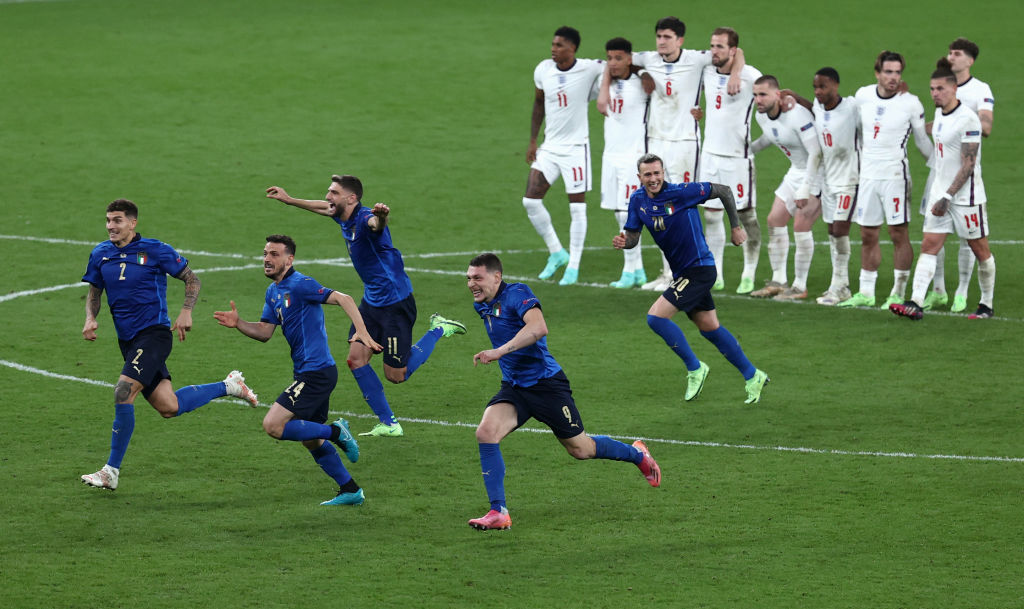 There’s nothing I can say about the 2020 Euro Finals that hasn’t already been said. Football did not come home. England’s drought continues. The rich got richer as Italy hoisted yet another international trophy.

I was pulling for England primarily because I’m a Tottenham supporter and I wanted to see Harry Kane lift some hardware. He converted his kick in the shootout. So he at least won’t be haunted by that thought at night. But England fell short and people hit social media with thousands of ‘Football’s coming (to) Rome’ jokes.

Then this old tweet surfaced that accurately predicted England losing to Italy in the 2020 Euros after a shootout. Can this person see the future???

England just lost the euro 2020 final against Italy on a penalty shoot out, nothing has changed then!

After this person accurately predicted the 2020 Euro Finals it seemed like the trendy tweet to send was asking them to predict something else. One person asked if they’d ever get lucky. Another asked who was going to win the next World Cup. And on and on.

Will i get a girlfriend?

Will Brendan Fraser win Best Actor at the 2022 Oscars?

me reading this me seeing
tweet…. the tweet's date pic.twitter.com/8eOIGqPFKz

How you know it's old pic.twitter.com/DkmGRZ0908

A Fair point here about the edit button:

This is why @Twitter shod never give us a edit button.

So you’re from the future? What’s bitcoin price in 2030s?

This tweet’s just mean. Fans like this rubbing salt in the wounds after a brutal loss are the worst. Win with class and let the losing team at least be sad about it on their own for a while before you start with the trash talk.

Pengland is a mickey mouse country in my book.

The 2022 World Cup begins in November 2022. England’s squad will look similar to this Euro 2020 squad, just as England’s will. All signs point to Belgium being the favorites next year just as they were for the Euros. That will be England’s next opportunity to end their trophy drought.