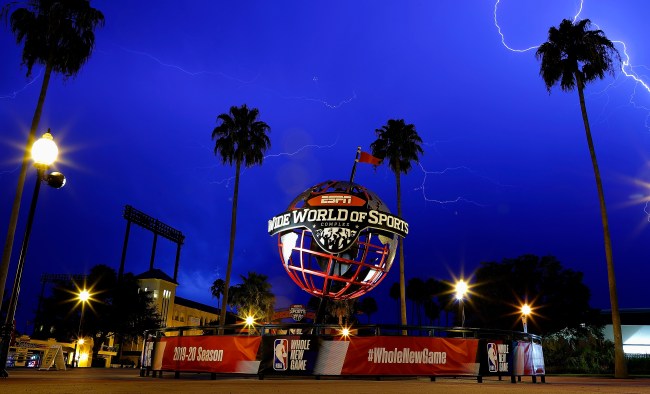 Does the NBA have another Danuel House situation they have to worry about?

Just a few weeks ago, the NBA was forced to kick out the Rockets forward after he allegedly snuck a woman into his room.

On Wednesday night a video of TikTok user/Instagram model Hannmaile started going viral when she claimed an NBA player paid her $7k to fly her out to Orlando and brought her into the Grand Floridian hotel inside the Disney bubble. In the video she shows off the hotel room and a printout sheet of the NBA’s quarantine rules.

NBA fans are questioning whether Hannmaile is lying in the video considering there are no teams currently staying at the Grand Floridian.

Unless the NBA moved teams around, all the teams who were staying in the Grand Floridian have been knocked out. Interesting is one of those teams was the Rockets

All the teams staying at the Grand Floridian have been eliminated so cap 🤣🤣 https://t.co/vg81bsrSot

The NBA will probably look into the alleged video to determine if it’s legit or not.