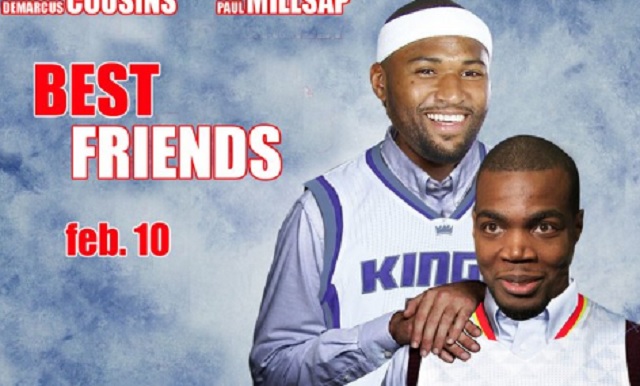 After last week’s Twitter beef between Chandler Parsons and C.J. McCollum which was instigated by the Trail Blazers official Twitter account, the NBA sent out a memo to all teams to try and curtail the trash talking between teams on social media.

“Teams are prohibited from mocking and/or ridiculing opponents (including teams, players, team personnel (including owners) and opponents’ home cities) and game officials on social media in any form, including through statements, pictures or videos.”

During last night’s Hawks-Kings game both teams decided they’d have some fun trolling the NBA by sarcastically acting as if they were BFF’s throughout the night.

@SacramentoKings Hey guys. Hope we have a nice clean game tonight and let's be nice to each other on social media k?

@ATLHawks Don't even get us started on your jerseys. That lime green is special!

@SacramentoKings We call it "volt", but you can call it lime. Whatever works for you, we're good with it! 👍

@ATLHawks Really appreciate the support. We're in this together. #BFFL #Friendship

@ATLHawks Someone call an ambulance, this guy is on 🔥🔥🔥
32 never looked so good!

@SacramentoKings 1 of 2 guys on the court tonight who has been selected to at least 3 straight All Star games. The other is really good too.

What a half from the @ATLHawks! Hopefully we can make a big comeback again! 👍 pic.twitter.com/E0tOnEZ2OI

@SacramentoKings We prefer you don't but it would sure be impressive if you did. This game is far from over!

.@ATLHawks You guys called it. Great prediction – this is why we're friends. Here's to a fun final quarter! pic.twitter.com/qxm44QO03M

Quite the contest, @ATLHawks! At the end of the day, we're most happy about our new #Friendship. #KingsFTW pic.twitter.com/wuQElggeCz

@SacramentoKings We ❤️ you guys and your graphic designer. Glad we got to make a new friend! #Friendship

This all excellent and hopefully the league doesn’t punish both of these teams for openly mocking them in such a creative fashion.