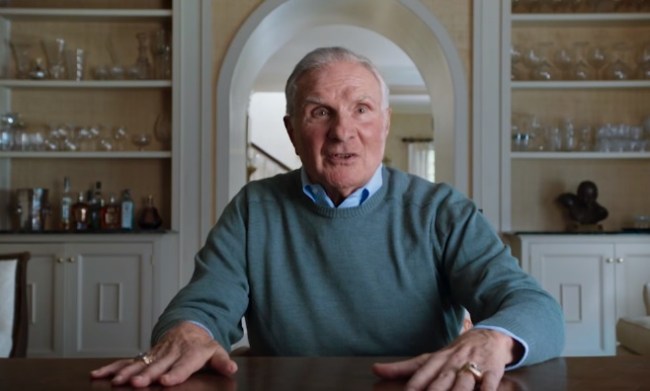 Football has allowed thousands of players throughout the years to live out their wildest dreams but unfortunately many times those dreams come at a steep price.

HBO’s ‘The Many Lives of Nick Buoniconti’ which airs on Tuesday night at TUESDAY, FEB. 12 (10:00–11:15 p.m. ET/PT) is an emotional, gut-wrenching documentary that details the football legend’s many personal successes in life as well as the tragedies that were caused by football.

The first half the documentary tells the inspiring story of how Buoniconti, the son of a baker, went on to become a hall-of-fame football player on the now legendary undefeated 72 Dolphins team despite being undersized for his position. Bouniconti followed up his HOF career with a wildly successful post-football career where he transitioned from being a practicing attorney, to an agent, to the corporate head of one of the largest companies in the world.

The crux of the doc however focuses on Bouniconti’s relationship with his youngest son Marc, who was tragically paralyzed from the neck down while playing football at The Citadel.

At the time Nick dropped everything in his life and made it his mission to get Marc to walk again. Nick went on to found The Miami Project and raised millions of dollars to Cure Paralysis. The Miami project would go on to become a world-renowned spinal cord and brain research center.

Unfortunately Marc would never fully recover from his injuries and hearing a 78-year-old Nick in his waning years talk about how his life’s mission to see his son walk again had failed is absolutely devastating to watch.

Not everything is doom and gloom in the ‘Many Lives Of Buoniconti’, there are plenty of funny anecdotes about Buoniconti’s careeer as a player with the Miami Dolphins.

In one scene Buoniconti recalls once telling Miami Dolphins legendary head coach Don Shula to “go fuck himself” during a heated spat.

Bouniconti’s former ‘Inside The HBO’ colleague and current NBC Sunday Night Football host Chris Collinsworth also makes an appearance to talk about how he frequently butted heads with Nick and how the two nearly fought on the set of Inside before becoming good friends.

“Every week I would write out and read it, Nick goes you can’t say that, you’re a former player, c’mon and it’s gotta be tough, it’s gotta be edgy. Then I came in the next week and it was the same thing, so about week 5, he comes in there again and says you can’t say that, you have to say something tough and edgy…and I said Okay I’ll change mine but no one will care about that piece of shit you just wrote…..The minute that came out of my mouth, I said to myself I have to use my jab because we’re definitely fighting…I’m literally thinking about how I’m going to fight Nick Buoniconti and he stops and looks at me and we never really had that issue again…From that moment on we were partners out there.

The last third of the movie goes on to document Buoniconti’s battle with dementia. The 78-year-old who is interviewed throughout the film was healthy enough to speak to the directors from his home and was coherent for most of the movie but there are times when he has to stop to tell the filmmakers that he can’t remember something.”

“Everything is jumbled for me. It’s just not possible for me to do it without stumbling.”

It would later be revealed that Buoniconti’s dementia may have been caused by CTE according to Boston University physician Dr. Ann McKee “the way Nick appeared, his history and MRI, everything was consistent with CTE,” though the disease cannot be fully diagnosed until after Nick’s death.

Despite his long, complicated relationship with football Buoniconti still proclaims a love for the game even though he is currently suffering the consequences of playing in such a brutal sport.

‘The Many Lives of Nick Buoniconti’ is tough to watch but it’s a sobering view at how football can be both a blessing and a curse for the players who put their bodies in harms way for our entertainment week in and week out.

The Many Lives of Nick Buoniconti premieres on HBO on Tuesday, Feb. 12 at 10 p.m. ET.