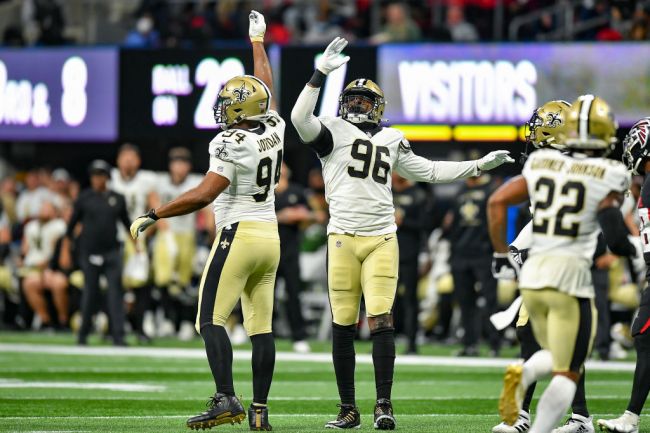 The New Orleans Saints have a ton of options to fill their head coaching vacancy, but they had one coach surprisingly turn down an interview for the job.

Yesterday, they lost Doug Pederson as an option when he was hired by the Jacksonville Jaguars. However they are still left with Dennis Allen, Darren Rizzi, Brian Flores, Aaron Glenn, Eric Bieniemy, and Byron Leftwich as candidates.

There is still one name that is absent from that list that many were expecting to be in the running for the job. Offensive Coordinator, Pete Carmichael Jr., isn’t one of the people competing for the job.

Today, NFL reporter, Mike Triplett, reported that it’s because Carmichael turned down his opportunity to interview.

Saints OC Pete Carmichael Jr. declined the opportunity to interview for the team's head coaching job, per source, which is why he's not on the list of candidates along with fellow coordinators Dennis Allen and Darren Rizzi.

Obviously had the credentials to be considered for it.

It’s a shocking development in the Saints’ search for a head coach. Carmichael would have been expected to be one of the lead candidates for the job. He has been with the Saints since 2006 and has been their offensive coordinator since 2009. Carmichael has even won a Super Bowl as the Saints’ OC.

Turning down an interview with this team after so many years of service is an odd decision, but maybe Carmichael prefers to stay as a coordinator instead of moving up to head coach.

Even without Peter Carmichael Jr. in the mix, the Saints still have a ton of great options to take over the team next season.