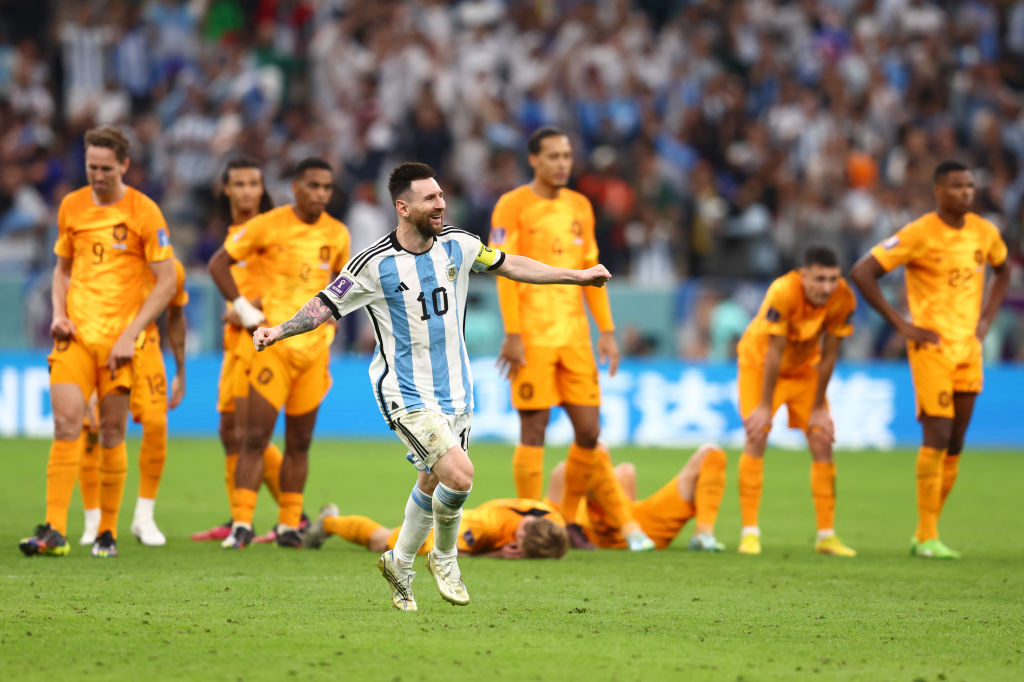 Lionel Messi was spicy after Argentina’s big win against the Netherlands.

On Friday, Argentina and the Netherlands got heated on the field several times during a tight competitive game that went to overtime.

Argentina eventually eliminated the Netherlands from the World Cup via a penalty kick shootout.

ARGENTINA IS MOVING ON TO THE SEMIFINALS 🇦🇷 pic.twitter.com/lUe4bRMuvT

During his postgame interview, Messi was seen yelling at someone and saying, “what are you looking at, dummy?”

According to the reporter interviewing Messi, the Argentine superstar was talking to Wout Weghorst.

“What are you looking at, dummy”, Messi repeated a couple of times at the beginning of the interview “. The recipient of those words? Wout Weghorst, author of the two goals for the Netherlands, with whom the Argentine captain had several clashes on the green grass.