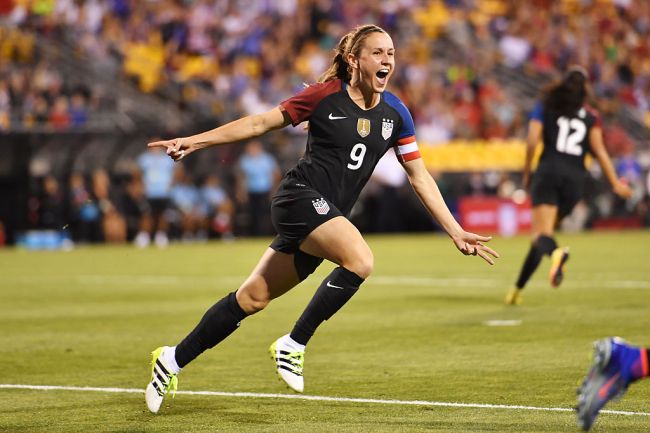 Alexi Lalas is a man with many opinions. The former USMNT defender is one of the more outspoken American soccer analysts – not that there are all that many – but he’s known to deliver a questionable take here and there.

Sitting alongside USWNT great Heather O’Reilly, Lalas elected to go on a bit of a rant while in-studio on FS1 during Thursday night’s USWNT game against Portugal.

Lalas wondered if the USWNT putting so much focus on winning every game leading up to and during their upcoming run in the Olympics could come back to haunt them when they play for the World Cup next year.

Nobody in their right mind would argue that winning Olympic gold is a greater achievement than winning the World Cup, so Lalas’ point isn’t that far-fetched, but nevertheless, O’Reilly came back with a brutally honest comment after he finished his rant.

“Lex, that sounds spoken like a guy that has not won an Olympic gold medal,” O’Reilly said.

Heather O’Reilly has every right to say what she said. She’s a three-time Olympic gold medalist and helped the USWNT win the 2015 World Cup in Canada. While Lalas is one of the more well-known USMNT alumni, most know that the Men’s National Team hasn’t ever made a significant mark in world football.

The USWNT knocked off Portugal 1-0 on Thursday in a friendly lead-up to the Olympics. The Women’s National Team will be looking to win their fifth Olympic gold medal in what will be just their seventh all-time appearance in the Games later this Summer.