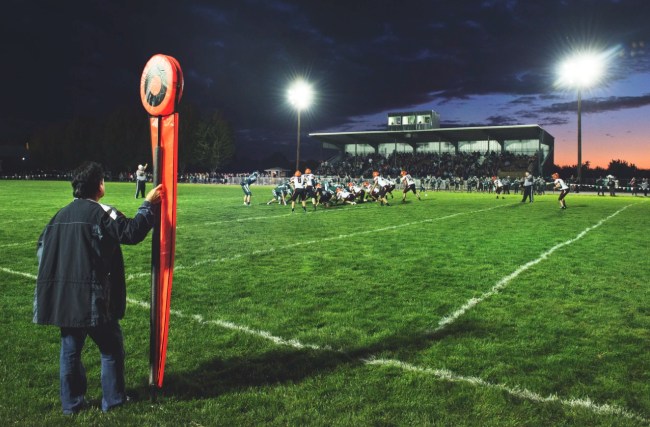 This past Friday, some football players at Little Miami High School in Ohio took the field with an American flag, a flag with a thin red line, and a flag with a thin blue line supporting firefighters and police honoring the lives lost on what was the 19th anniversary of the 9/11 attacks.

The two players that carried the flags with a thin red line and a thin blue line have now been suspended, according to WKRC of Cincinnati.

Jared Brantley, whose father is a firefighter, carried the flag with the red line. He explained his decision to do so, saying “because my dad is a firefighter, and if it had been him killed on 9/11, I would have wanted someone to do it for him.”

Brady Williams, whose dad is a police officer, was the one to carry the flag with the thin blue line onto the field saying “I was just doing it to honor the people that lost their lives 19 years ago.”

Both students reportedly asked school officials for permission to carry the flags onto the field prior to kickoff but were denied. The players ignored the school’s decision, carried the flags anyway, and now have been handed an indefinite suspension.

“We can’t have students who decide to do something anyway after they’ve been told that they shouldn’t be doing it,” Little Miami Superintendant Gregory Power told the network.

Power says he saw the flags as symbols of a political point of view and didn’t want to set a precedent.

“We did not want to place ourselves in a circumstance where another family might want a different flag to come out of the tunnel, one that may be [one that] many other families may not agree with from a political perspective,” Power explained.

You can see the video of the players taking the field and carrying the flags below:

UPDATE: The school reversed course on Bentley and Williams’ suspensions on Tuesday, the Cincinnati Enquirer reported.