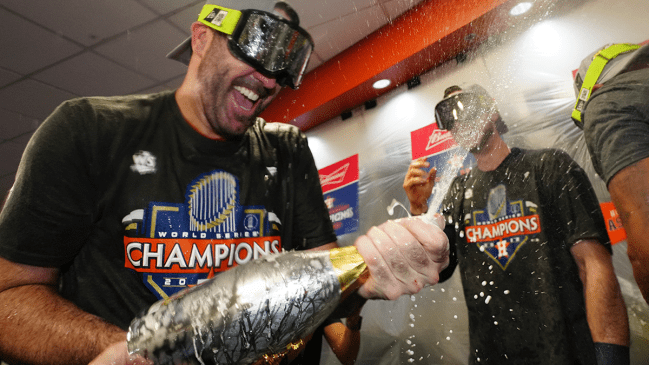 In 2017, the Houston Astros won the World Series for the first time in franchise history only to see their achievement overshadowed by the sign-stealing scandal that rocked Major League Baseball when it surfaced a couple of years later and cast a permanent cloud over the title many fans unsuccessfully lobbied the league to nullify.

The team failed in its quest to take home a slightly more legitimate title after punching its ticket to the World Series in 2019 and 2021 only to come up short by respectively falling at the hand of the Dodgers and the Braves.

However, the Astros got one more shot at redemption when they faced off against the Phillies in the championship showdown that capped off this year’s MLB season. Houston once again found themselves facing cheating allegations after Martin Maldonado used a suspect bat in the opening game, but barring some unexpected development, they were able to secure a largely untarnished World Series title by beating Philadelphia in six games.

The ‘Stros celebrated their accomplishment by breaking out the booze that’s traditionally sprayed around a plastic-covered locker room to commemorate a win of that magnitude—and they reportedly managed to run up one hell of a tab in the process.

The Houston Astros spent close to $400,000 on champagne while celebrating their win over the Phillies in the 2022 World Series

The Astros became the latest team to break out the champagne after ending their season on the highest note possible, and TMZ reports the bubbly of choice was the many, many bottles of Le Chemin du Roi Brut (the brand owned by 50 Cent) that were popped open on Saturday night.

The outlet spoke with a source who said Houston managed to make their way through around 250 standard 750 ml bottles of rosé champagne in addition to 10 magnums and one “Nebuchadanezzar” that fits 15 liters, which they say cost the team a grand total of $388,750.