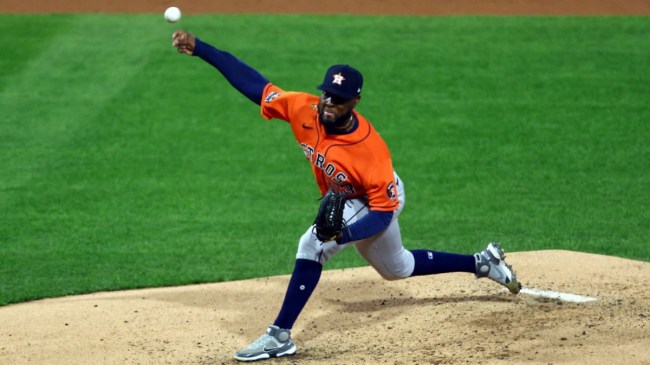 Unfortunately, that history-making performance was bad news for more than just Philadelphia Phillies fans. Instead, it also led to an absolutely brutal bad beat on one bet that was offered by DraftKings Sportsbook last night.

They offered a bet on whether the 76ers 3 pointers made and Phillies hits would combine to be over or under 19.5. The 76ers did more than their fair share, hitting 19 3s in a loss to the Washington Wizards. The Phillies didn’t manage a single hit to secure a win for over bettors.

.@DKSportsbook offered a bet last night on 76ers made 3-pointers combined with Phillies hits. The over/under was 19.5.

The Phillies had 0 hits in Game 4 of the World Series.

With the 76ers having an early tip-off yesterday, anybody who bet this prop knew early on in the night that all they needed from the Phillies was one hit, which must have made it particularly excruciating to watch them fail to get it.

Last night’s historic performance at least wasn’t all bad news for bettors. Over at Circa, they were offering a bet before the start of the World Series that did pay out well for some bettors. They had a prop bet on whether either team would throw a no-hitter in the series. “Yes” paid out at 75-1.

Sportsbook @CircaSports offered a yes/no prop on whether either team would throw a no-hitter during the World Series? The “yes” was 75/1.

Owner @DerekJStevens says the book took a “number of bets” on the prop.

The Astros threw a no-hitter tonight in Game 4.

At least this bad beat wasn’t bad news for everybody.