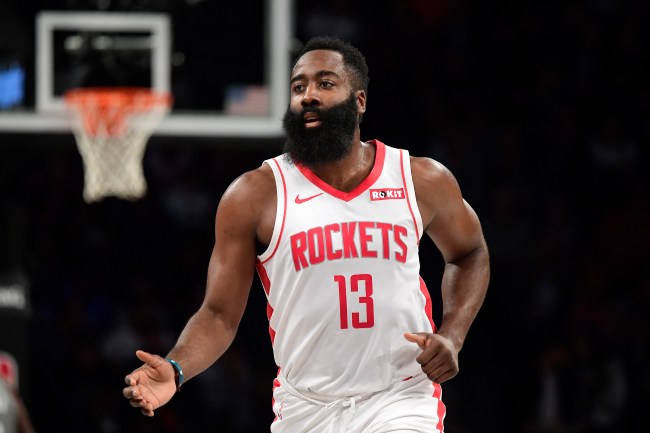 The James Harden to Brooklyn Nets trade is quickly becoming a reality.

On Tuesday afternoon Front Office Sports reporter Anthony Puccio revealed that both the Nets and the Rockets are “nearing a deal” for a Harden trade and may already have a verbal agreement in place.

The Brooklyn Nets and Houston Rockets are nearing a deal to send James Harden to Brooklyn, according to multiple sources close to FOS.

The deal isn’t “official”, but sources say a deal is in place and the two teams have a “verbal agreement.” Harden declined a two-year, $103 million extension with the Rockets so he could force a trade to Brooklyn.

Harden recently turned down a $50 million a year extension from the Rockets and instead pushed for a trade to Brooklyn to team up with superstars Kyrie Irving and Kevin Durant.

It’s unclear what the Rockets will get in return for Harden but the rumblings are getting louder by the day which means something should go down in the coming days.