How Tom Brady Deals With Losing And Moving On From Loneliness 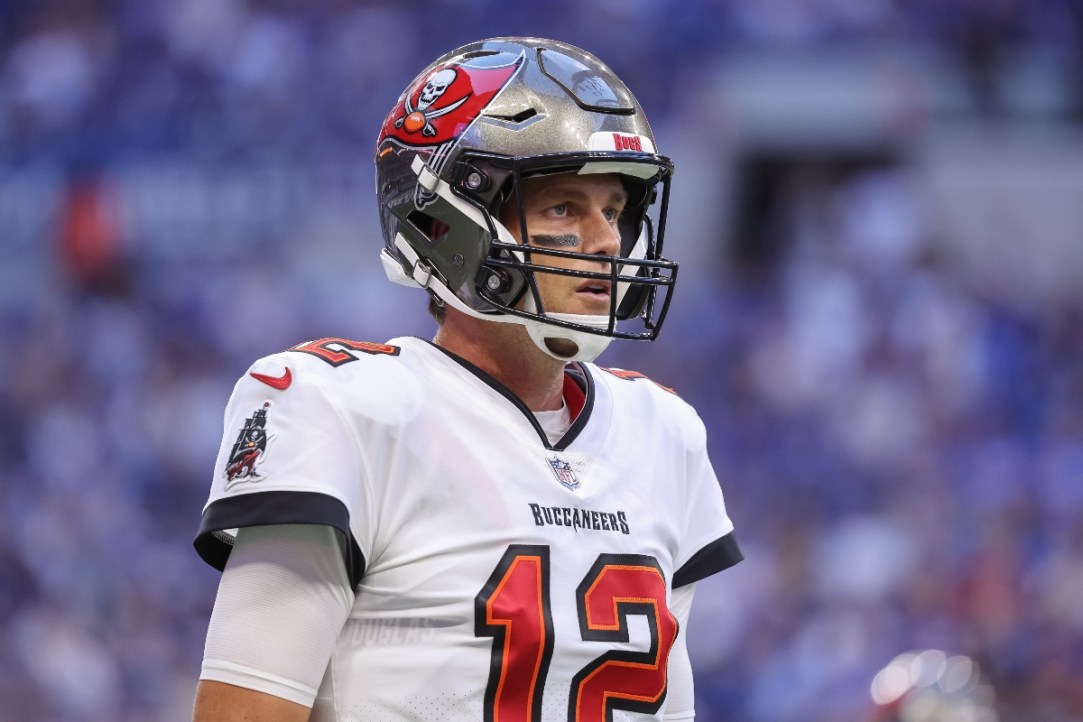 Tom Brady and the Buccaneers are struggling this season. Fingers are pointed in every direction from the Bucs having the oldest team in the league, a constant barrage of pivotal injuries, and the absence of Rob Gronkowski.

Nobody is pointing the finger at Tom Brady for the Buccaneers’ 5-6 losing record. But that doesn’t mean that Tom is free of emotion after each loss. He’s feeling the sting of defeat the same as his teammates.

On the latest episode of Tom Brady’s Let’s Go! Podcast, the GOAT was asked about Aaron Rodgers‘ recent struggles and injuries. Brady’s co-host Jim Gray asked Tom “when you see a great competitor like Aaron, whose record (is) not up to what everybody thought it would be this year, and he’s struggling with injuries, do you feel for that guy or is there just such a competition that you’re only myopic in your own view?”

Tom then shed some light on how he deals with losing, the loneliness of his current situation, and parallels to Aaron Rodgers’ situation. Brady said:

“Look, we’re all competitors, y’know. You want to compete as hard as you can. It means a lot to (Aaron Rodgers) and you can tell by it. I know Aaron (Rodgers) pretty well and he’s a tough competitor. He wants to win at everything he does.”

“I look at my situation. I’m so blessed for so many years to be a part of so many great teams. And there’s different challenges and adversities this team faces and the thought is ‘how do I solve them and what can I do to help them.’ That’s where you gain resilience from.”

“Then when things don’t go your way, how do you deal with it? It’s so easy when things go your way to accept all the gratification and the glory, everyone tell(ing) you how great you are and all the phone calls and texts. But look, it’s lonely when you lose. No one wants to be a part of that. You’re sitting there by yourself, you know who your true friends are.”

“And people want to give you your space but it’s a different emotion and everyone’s down. People are pulling for you. You’re going to learn to deal with resilience in one way or another. And life’s got a way to humble us all. Losing football games is one way. There’s a lot of different ways, obviously.”

“And you just wake up every day and the next day the sun’s going to come up and you gotta do it the best that you can do it the next day. That’s just the way that we have to deal with life.”

That is a pretty positive and healthy outlook on life if you can adopt it. Knowing that there are things you can control and things you cannot. The best you can do on a daily basis is just putting out your best effort and things will eventually turn around for you. That’s the Tom Brady way of dealing with losing.