Wild Footage Shows A H.S. Basketball Coach Assaulted By His Players After He Reportedly Tried To Stop Them From Bullying 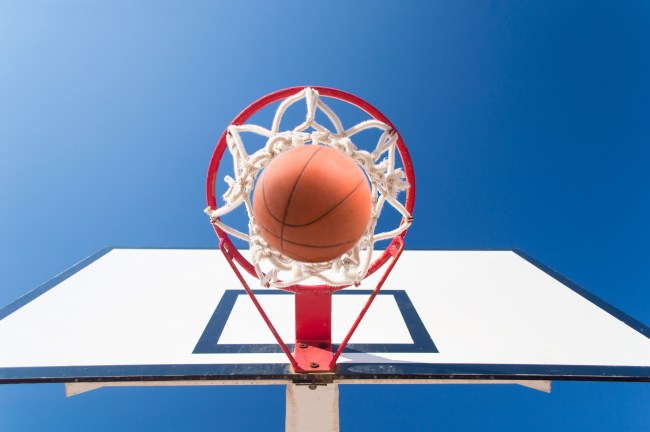 A high school basketball coach in Newark, New Jersey was filmed being brutally assaulted by his own basketball players and sources say they turned on him after the coach tried to stop them from bullying another student.

The footage looks like something you’d expect to see on Worldstar! ten years ago. According to ABC7NY, the original footage was trimmed due to offensive language but you can see the teenagers turn on the coach, attack him, and repeatedly throw violent punches as the coach is defenseless on the ground.

The incident occurred around 9pm on Tuesday at Malcolm X. Shabazz High School on Johnson Avenue in Newark after the players exited a school bus returning from a game in Livingston. According to the report, the JV coach declined medical attention so he must’ve been able to protect himself from the punches well enough. And the report (below) goes on to state that the players involved have been suspended from school and the police are investigating.

Disturbing video out of Newark, NJ where a high school basketball coach was attacked by his own players. Police are working to identify the suspects. (Sharing recut video due to offensive language) Live report on Eyewitness News and updates here: https://t.co/ASc7PagSOp pic.twitter.com/5elHx2ujQo

According to the article, the clip was widely shared on social media after the incident occurred but most of the students say they are ’embarrassed’ by what happened at their school:

The officers reportedly observed four members of the team assaulting the victim after they exited a bus upon returning from a basketball game in Livingston.
Sources say the coach tried to stop his players from picking on another student, but the bullies turned on the coach instead.

“Our detectives are investigating this incident to identify and to appropriately charge those individuals involved,” Public Safety Director Anthony Ambrose said. “Because high school students are typically juveniles, the names of the suspects will not be released. But those found to have participated in this senseless act of violence will face criminal charges.”

All of the students involved in the incident have been suspended from the school.
The victim declined medical attention.

“I spoke to the superintendent, principal, coaches and team,” Newark Mayor Ras Baraka said. “The actions of these students will not be tolerated, and they don’t represent the majority of the school. The school and team have many great kids, who go on to college and do great things, and we’re proud of them. We support the superintendent and principal and will do whatever we can to make the rest of the year successful.” (via ABC7NY)

I would be legitimately SHOCKED if these students don’t end up expelled from the school. I cannot imagine a world where student assaults a coach, it’s filmed and shared all across the world, makes national news headlines, and those kids are welcomed back to class to finish out the year.

Maybe my high school was tame. The only wild incident I ever witnessed was an all-out food fight with everyone throwing trays. That was it. No actual fighting, just the throwing of food. I’m sure I saw fights at school but nothing on this level.

To read the full story over on ABC7NY, you can click here.