A H.S. Runner Picked Up A Struggling Competitor To Help Him Near Finish Line And Almost Got Disqualified For It 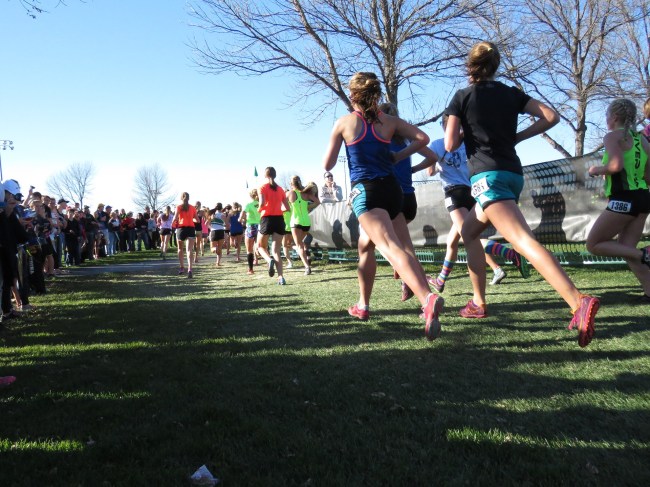 During the Indiana state cross-country meet at Terre Haute on Halloween, runner Ben Boardley witnessed a fellow competitor struggling just before the finish line and he did what any reasonable person would do, he helped him up and they ran across the finish line. As it turns out, this is a controversial move that could’ve gotten him disqualified from the race if cooler heads didn’t prevail.

You can see in the clip as Penn H.S. runner Ben Boardley spots Brebeuf Jesuit’s Faizan Khan fall just before the finish line. He runs up, helps Khan back on his feet, and they continue running across the finish line. Anyone who witnessed this action would’ve applauded Boardley for his sportsmanship but the rule book states he should’ve been disqualified:

I have no idea who these two high school runners were, but great sportsmanship by one of the boys to help a fellow competitor who was struggling to finish. pic.twitter.com/cx90k85fHc

How anyone could watch that and think ‘that was against the rules!’ is beyond me but the thought certainly crossed someone’s mind because the officials met and made the right decision.

The moment was captured on video and posted on Twitter. Some of Boardley’s friends saw the incident on a livestream and immediately texted. Others told him it was “pretty cool,” he said.

Khan connected with Boardley via Instagram on Sunday to thank him.

By rule, a runner can be disqualified for assisting another. But an Indiana High School Athletic Association official reviewed the incident and decided no violation occurred.

According to the IHSAA, the official applied NFHS Rule 4-6-5:

Boardley finished 189th and Khan finished 193rd out of 207 competitors and neither runner’s team used their finishing time/score in the competition which makes me question what the rules officials would’ve done if the two runners were top finishers but that’s neither here nor there. This was a 5,000-meter race (3.10 miles) and Khan began to struggle with breathing, back, and thigh pain around the 4km mark.

Big ups to Boardley for helping a fellow runner who was clearly in need of some help and a shout out to the level headed officials who used common sense here instead of following the rule book.