Sports Finance Report: Hulu May Be Growing Too Fast for Success 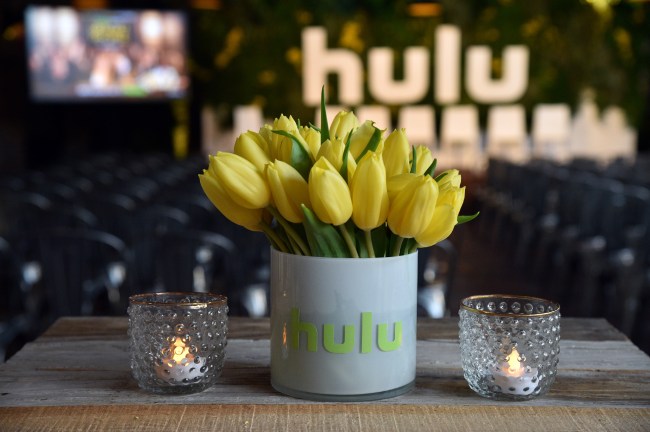 NEW YORK, NY - MAY 19: Flowers and event signage at the Hulu original Difficult People FYC event at the Standard Hotel on May 19, 2016 in New York City. (Photo by Bryan Bedder/Getty Images for Hulu)

Hulu May Be Growing Too Fast for Success

For 3 straight nights (Friday 2.16 – Sunday 2.18), Hulu experienced widespread log-in issues that prevented subscribers from viewing NBA All-Star Weekend and the 2018 Winter Games. The glitch on Sunday night occurred around 9p EST, the scheduled tip-off time for the All-Star Game (on TNT) and during NBC’s prime time Olympics coverage. It hasn’t been a strong month for the live streaming service; technical issues during the Super Bowl, including blank screens during the last 2 minutes, forced Hulu to offer one-month credits to those affected. No other live streaming service (i.e. DIRECTV Now, Sling TV or PlayStation Vue) reported issues during Sunday evening’s events.

Howie Long-Short: Research by the Boston Consulting Group indicates a striking correlation between revenue growth and company mortality; in other words, the faster a company grows, the shorter its expected lifespan. Moderate growth is proven to be lower risk; Hulu is growing quickly (here’s a story headlined, “Does Hulu’s Rapid Growth Spell Trouble for Netflix and Amazon?”). While subscribers are up 41.6% (to 17 million) over the last 18 months, the company is now spending over $1 billion/year on advertising and lost $920 million in 2017 (up from $531 million in ’16). Losses are expected to increase 80% to $1.7 billion in ’18. CMCSA, FOXA, DIS & TWX will be investing another $1.5 billion into the company this year. Shareholders should be concerned about the cost of customer churn; companies that fail to deliver when most desired, don’t stay in business long.

Fan Marino: While on the topic of live streaming services, YouTube TV (GOOGL) announced it would be adding TNT, CNN, TBS, MLB Network and NBA TV to its service; while subsequently increasing the cost of the offering from $35 to $40 (note: Hulu’s 50 channel package is also $40). The average cost of a broadband plan in the United States is $66.17; tack on $40 for YouTube TV and you’re now paying over $100/mo. What exactly is “skinny” about that?

Emirates will remain the shirt (and training kit) sponsor for Arsenal F.C. (and all affiliated teams) through ’23-’24, signing a deal worth “in excess of” $56 million/year; the largest sponsorship deal in team history. The English futbol club and the Dubai based airline maintain the longest running shirt partnership in the EPL (it dates back to ’06). Arsenal will reportedly supplement the new deal with a sponsor on the sleeve of their uniform; a first for the club. It should be noted that Emirates also owns the naming rights to the club’s north London stadium through ’28; acquired in a prior transaction.

Howie Long-Short: While not exactly an apples to apples comparison, as La Liga/EPL shirts have corporate logos across the chest and NBA jerseys contain just a small corporate logo patch, there is a drastic difference in the revenue generated from uniform sponsorships between the leagues. The most lucrative NBA patch deal is a 3-year $60 million agreement between Rakuten (RKUNY) and the Golden State Warriors. RKUNY is paying nearly 3x the amount (annually), over a longer period ($58 million/year, 4-years), to be the shirt sponsor for F.C. Barcelona. MANU has the most lucrative jersey sponsorship deal in futbol, valued at $74 million/year (7 years).

Fan Marino: GumGum Sports is reporting that jersey sponsors maintain the best signage placement within NBA games (except for the league’s apparel provider, NKE) and that the brands participating in the 3-year pilot program, are receiving a significant ROI on their investment. The sports media valuation company estimates that participating brands will see at least $350 million in social media exposure alone; noteworthy when you consider there are just 30 NBA teams, not everyone has a jersey sponsor and most companies are just +/- $5 million/year. GumGum determined that Goodyear (GT, Cavs), RKUNY (Warriors) and General Electric (GE, Celtics) received the greatest ROI from the 1st half of the 2017-2018 NBA season.

A new study, completed by Micronomics (an independent economic research firm), estimates that NBA All-Star Weekend generated at least $116 million in increased economic activity for Los Angeles County. Of that $116 million, an estimated $90 million is tied to tourism; visitors from out of town spending in local hotels, restaurants and in Jimmy Butler’s case, possibly clubs. The Los Angeles Sports and Entertainment Commission also believes that the city receives intangible value (new visitors, or new interest from returning visitors) from the league marketing it as a desirable destination to a global audience. L.A. will host several other prominent sporting events over the next several years, including the ’22 Super Bowl, ’23 CFB National Championship Game and the ’28 Summer Olympics.

Howie Long-Short: If Micronomics estimates are correct, the All-Star Game brought 40% more business to Los Angeles than it did to New Orleans, last season. A July ’17 study by the LSU Economics & Policy Research Group, indicated that 2017 NBA All-Star Weekend generated $44.9 million in direct revenues for the State of Louisiana and an additional $37.8 million in indirect benefits. $116 million is a particularly impressive figure when you consider that the MLB All-Star Game played in Anaheim in 2010 (just a 30-mile drive from Staples Center), generated just $85 million; no MLB All-Star Game (except the 2 recently hosted at Yankee Stadium and Citi Field) has ever made a larger impact on a host city.

Fan Marino: Jimmy Butler was a healthy scratch from Sunday’s All-Star Game, technically listed as DNP-Coach’s decision. The official word is that Butler was seeking rest after logging heavy minutes and battling injuries throughout the first half of the season. Whispers tell another story; Butler went out on All-Star Saturday Night and was too hung over to play for Team Curry on Sunday. Understandable as a fan, if true, not acceptable from a player; he’s there on business, he should have played.