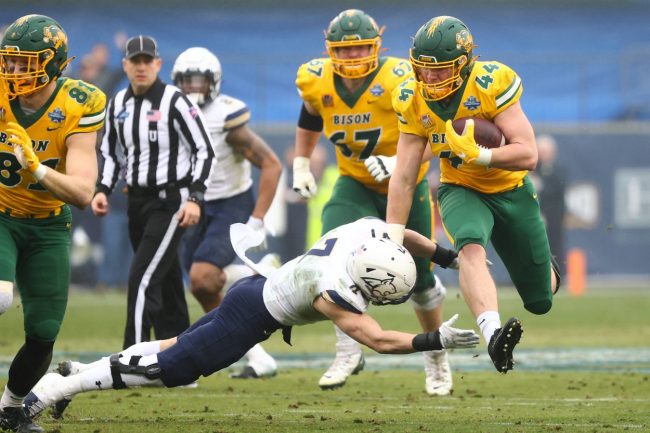 North Dakota State football is often called ‘the Alabama of the FCS.’ However, the Bison might be more dominant than the Tide.

NDSU took the field for its ninth national championship game in 12 years on Saturday against a Montana State team that had appeared in the national title game just once before. It was complete and utter dominance from the start and the Bison went into the halftime with a 28-0 lead, the largest first-half lead in FCS Championship history.

Of North Dakota State’s four touchdown, all but one was scored by fullback Hunter Luepke. The 6-foot-1, 236-pound junior is an absolute bowling ball and rocks a tremendous mustache. 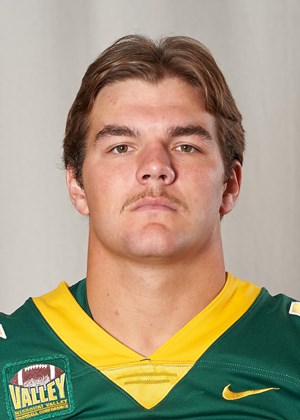 To open the scoring, Luepke scored from eight yards out halfway through the first quarter. He took the handoff to the short side, followed his blockers, ran through one weak arm tackle attempt, and had a clear path to six points.

Instead, he decided to recalibrate and turned directly toward a Montana State defender. Rather than walking into the end zone, Luepke lined up for a goal line decision, lowered his shoulder and barreled in for the touchdown.

lol Hunter Luepke had a wide open path to the end zone and decided "nah, i wanna hit this guy instead" pic.twitter.com/dhX2kAXzvl

Later in the second quarter, Luepke decided to take the open lane and scored his second touchdown of the game completely untouched.

Hunter Luepke with his 2nd TD of the game helps @NDSUfootball extend their lead.

His third score of the game came on a direct snap and didn’t require any heavy hitting.

Make that 3⃣ first half TD's for Hunter Luepke! 🤯

North Dakota State’s 236-pound fullback just scored his third touchdown of the first half in the FCS Championship and celebrated with a leg dab.

How can you not love college football? pic.twitter.com/cNh2fnNjPK

Luepke had nine carries for 64 yards and three touchdowns in the first half alone. The Bison had 268 total yards rushing and took a four-score lead into the locker room.