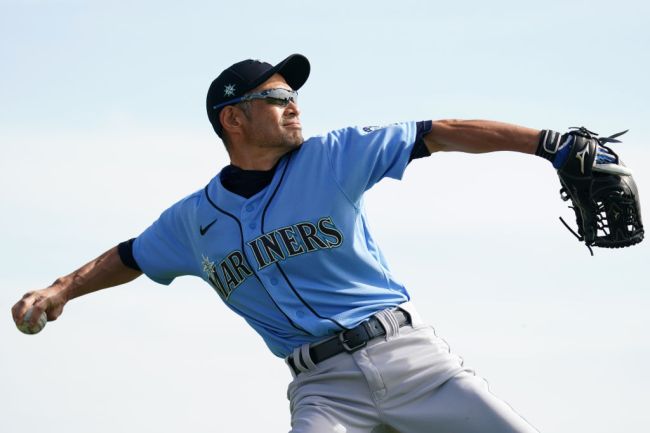 Ichiro Suzuki doesn’t mess around when it comes to preparation. The legendary Mariners right fielder player 19 years with three different teams in the MLB before he rejoined Seattle in 2019 as a special assistant to the organization. In his role, he works as an instructor with the Major League and AA clubs, with a focus on outfield play, base-running and, alongside the hitting coaches, batting. To get ready for 2021 Spring Training, Suzuki had a mound built in the yard outside of his home in Japan.

Ichiro, who already threw lively BP, built a mound in his yard at his home in Japan this offseason to keep his arm in shape over the winter.

"Ichiro is definitely in better shape than any other coach we have here. I will say that I'll go on record saying that," Servais said.

He threw off of the mound to keep his arm in shape for batting practice and it is already paying dividends.

Mariners hitters tout Ichiro as the best BP arm because of his ability to deliver crisp heaters. It’s beautiful.

While batting practice isn’t a contest, Ichiro’s competitive nature kicked in. The 47-year-old was throwing to the team’s No. 2 prospect Julio Rodríguez in their first live session of the year when the 20-year-old took him deep. After that, it was on. Ichiro turned it up a notch and started painting the corners, not giving Rodríguez anything to get ahold of.

Ichiro and Julio Rodríguez goofing around again with some friendly trash talk in BP. pic.twitter.com/dybk0LWx8w

He wasn’t throwing BP after that homer…😭😂 he got serious ! https://t.co/ZwoyLfFs6w

Rodríguez fouled off both pitches and Ichiro got the best of his young mentee. This isn’t the first time that 10-time Gold Glove winner has impressed with his arm. He was someone you didn’t want to run against when the ball was hit his way in right field, and his fastball is a reminder why.

Ichiro has previously been clocked at 92 mph and continues to burn it in for the Ms.