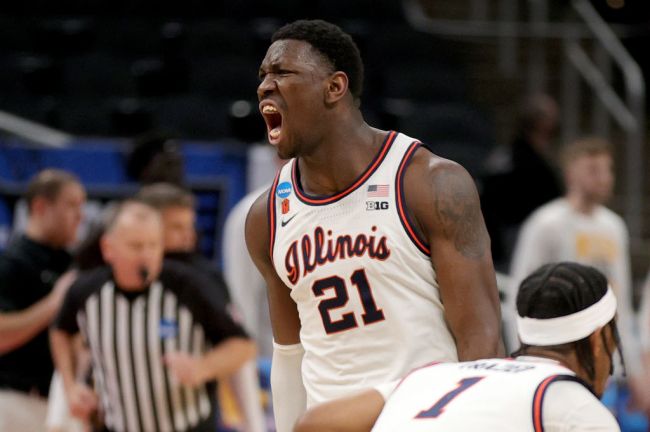 The University of Illinois at Urbana-Champaign began classes on Monday and Kofi Cockburn is teaching lessons. He might stand 7-foot-0, 285 pounds and may only be entering his junior year, but class was in session and Cockburn was the professor.

Cockburn, the 21-year-old starting center for the Illini basketball team, decided to show up at the student rec center and caught a body. He posted a video on his snapchat from his play in a pickup game and some poor, unsuspecting soul was on the wrong end of a vicious poster.

Looks like Kofi was giving out lessons on the first day of classes pic.twitter.com/dOfmqe3RO8

Illinois entered the 2021 March Madness tournament as one of four No. 1 seeds before being upset by Sister Jean and Loyola in the second round. Cockburn, a consensus All-American, initially considered his NBA prospects before deciding to return to the NCAA level for one more season.

However, he entered the transfer portal and considered a move to Kentucky and Florida State before eventually returning to Illinois. The guy in the yellow shorts might wish that he had transferred.

Everything about the video is pure gold. From the initial defender not wanting any smoke, to the monstrous hammer, to the guy who got dunked on running away, to Cockburn walking over to his victim and gloating. Rather than going over and dapping up the man in the yellow shorts for being a good sport, Cockburn taps his head to let him know that he just threw down on his head top.

The best part of the entire thing, however, is the caption. Cockburn says that he doesn’t care who it is, he’s throwing down.

Either way, when a 7-foot Division I basketball player shows up to the rec center and joins in on some 5s, it’s over with. Sheesh.