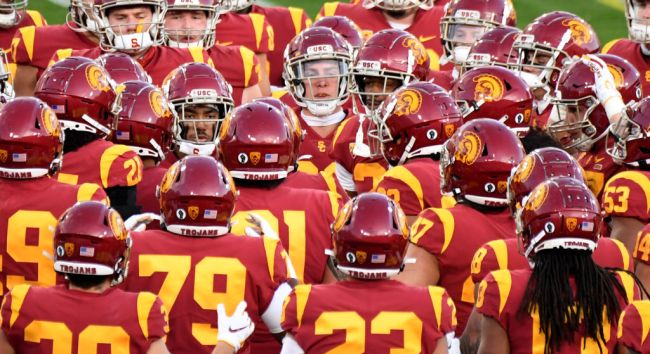 A homeless man took it one step too far was arrested on the University of Southern California campus last week and the details that have emerged are almost too surreal to be true. USC Insider Scott Wolf, who is a trusted source on the Trojans beat, reported that the man was posing as a football player for several days before he got busted on April 1st. He even ate a team meal and fielded punts. Here is how it looked on the school’s security log:

Wolf called campus security to get the scoop and stumbled upon one of the more wild stories of the year. Apparently, the homeless man showed up at the athletic department’s indoor practice facility, the John McKay Center, and finagled his way in. Access to the building is very restricted, and most of the doors require fingerprint or I.D. scans for entry. How he got in is a mystery, but it didn’t stop there.

Once he was inside, the imposter threw on a helmet, jersey and cleats that he found laying around and walked out to Howard Jones Field, where the head coach Clay Helton’s team was in the middle of spring practice. The team wasn’t in full pads that day, so he passed right by two security guards, who wouldn’t stop someone in uniform, and onto the field. 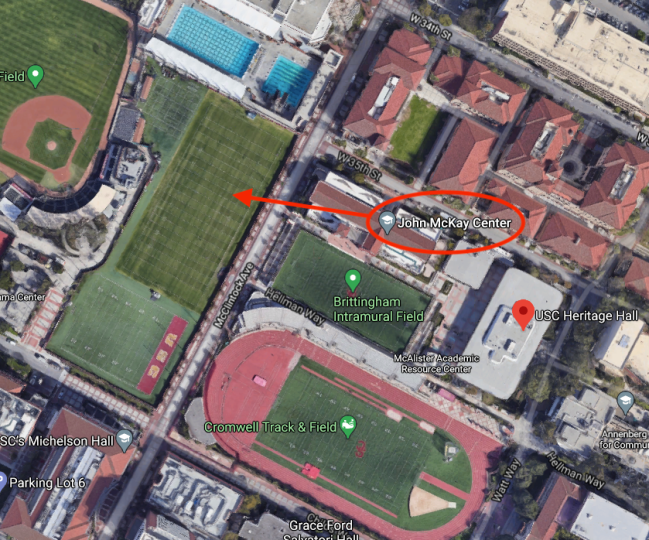 After he ventured onto the gridiron, he took it one step too far, which ultimately led to him getting caught. The homeless man made his way to the special teams station, joined the drill and started fielding punts before one of the staff members noticed him and got suspicious. He tried to just walk off of the field and get away, but security got ahold of him not long thereafter.

“I’m not sure how he got into the McKay Center so easily,” a security source told Wolf last week. “That’s the question and the problem for me. He also shouldn’t even be on campus with the COVID-19 restrictions. We had a previous issue with him at the soccer field, so we knew who he was but he had never done something like this before.”

As if fielding punts in a live practice isn’t crazy enough, Wolf uncovered some more details about the man’s imposter efforts. In addition to his soccer field history, Wolf’s security source said that the man “slept for some time at a suite in the Coliseum.” That means he snuck into the McKay Center after he already had snuck into the team’s off-campus (historic) football stadium, made his way into the suites, and got some shut-eye… WITHOUT GETTING CAUGHT!

If that’s not impressive enough, he blended in with the team well enough to enjoy a meal at the football dining facility without issue and shared a jacuzzi with other football players. Nobody thought to question him, even though a homeless man was literally sitting next to them in a hot tub. He’s that good.

“What gets me is the guts the guy had to just walk in like he belonged,” said the security source to Wolf. “He must have been a cool customer in the McKay Center. If he hadn’t tried to return punts at practice, he might still be out there because they might not have noticed him.”

Even with how confusing and baffling that the whole situation is, you can’t help but be impressed with the man’s ability to pull off the stunt. Who knows what he is up to now, but the only way that this could get any better is if he were to do it again.