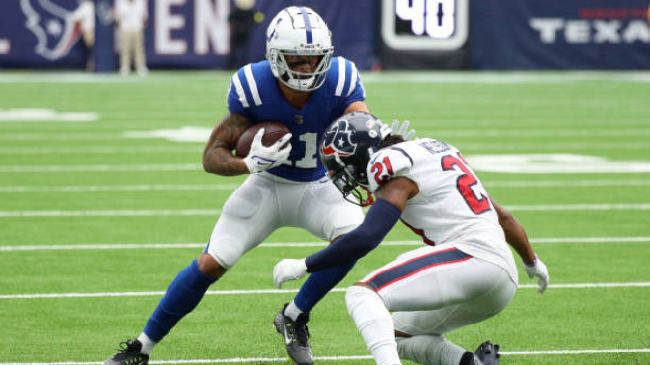 Over the past 7 years, the Indianapolis Colts have bee on the wrong end of the NFL’s strangest losing streak. For whatever reason, the Colts have not been able to find a win when they head down to Jacksonville to take on the Jaguars.

The streak has come despite the fact that the Jaguars have only had a winning record during one of the seasons while the Colts have been .500 or better in all but 2 and have even made the playoffs twice during their 7 years without a win.

It’s a streak that even the Colts’ players didn’t have an explanation for when asked about it by The Athletic’s Zak Keefer.

"You can believe in curses or whatever, but it is weird…"

"To get to new levels, you gotta face — and beat — some new devils."

It's been eight long years since the Colts won in Jacksonville.

The makings of one of the strangest streaks in the NFL: https://t.co/ooAgkiGM8g

This weekend, the Colts get another chance to bring this streak to an end. They’ll also likely be looking for a bit of revenge after their last loss to the Jaguars cost them a spot in the playoffs last season.

Despite the losing streak, the Colts will once again head into the matchup as the favorites. However, they will be attempting to break the streak without one of the stars of their offense. Today they announced that Michael Pittman Jr won’t be available for Sunday’s game.

WR Michael Pittman Jr. (quad) has been downgraded to Out. https://t.co/nTtokMmttW

It’s a huge blow for a Colts offense that wasn’t particularly impressive against the Houston Texans in Week 1. Pittman Jr was undoubtedly the star of the offense in that game, making 9 catches for 121 yards and the game-tying touchdown.

In Michael Pittman Jr’s absence, the Colts will turn to Parris Campbell and Ashton Dulin at receiver and hope they get contributions in the passing game from their tight ends and running backs as they attempt to end one of football’s strangest streaks.