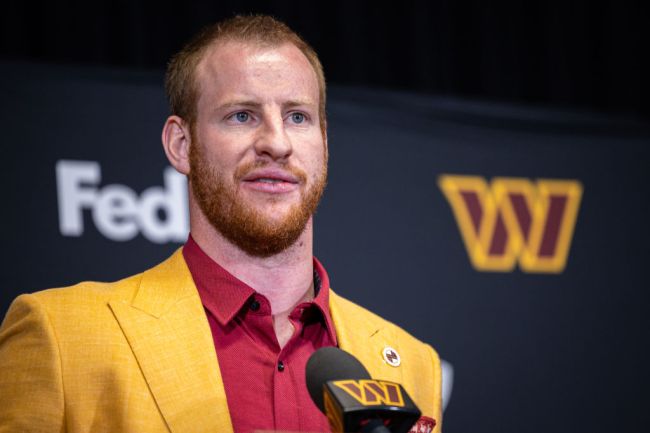 The split between Carson Wentz and the Indianapolis Colts just keeps getting uglier. Since their disastrous week 18 of the NFL season, Colts management has done everything they can to make it clear that it’s Carson Wentz’s fault that the team did not make the playoffs this season.

Even actually trading him hasn’t seemed to slow them down. It seemed for a second like it might after head coach Frank Reich had some positive things to say about Wentz recently, but them owner Jim Irsay came out firing today.

On the Wentz decision, Irsay said: "It's just, for us, it was just it was something that we had to move away from as a franchise — it was very obvious."

As for Matt Ryan: "Extremely grateful to the football Gods, so to speak, (regarding) where we were compared to where we are."

It was, in fact, not obvious that the Colts needed to move on from Carson Wentz. They could have very easily acknowledged that Wentz had a good stretch of the season where the team won 6 of 7 to even put them in playoff contention.

Instead, they’ve decided to pin the whole season on him in spite of the fact that his only viable receiver was Michael Pittman and the team as a whole was terrible against the Jaguars. Wentz was sacked 6 times, Jonathan Taylor was stuffed twice on 4th down, and the defense allowed 26 points to a Jaguars that had only broken 20 once since October.

Now, they need to hope that Matt Ryan can lead them to the playoffs. Otherwise it becomes really difficult for Wentz to continue taking the blame for this.

It’s a big gamble for them as Ryan wasn’t any better than Wentz last season, is 7 older, appeared to be declining last season, and hasn’t looked good without Julio Jones or Calvin Ridley in recent years.

The Indianapolis Colts have had a lot to say about Carson Wentz in the last couple of months, but it feels like they’re going to be looking for a scape goat again at the end of the 2022 season.