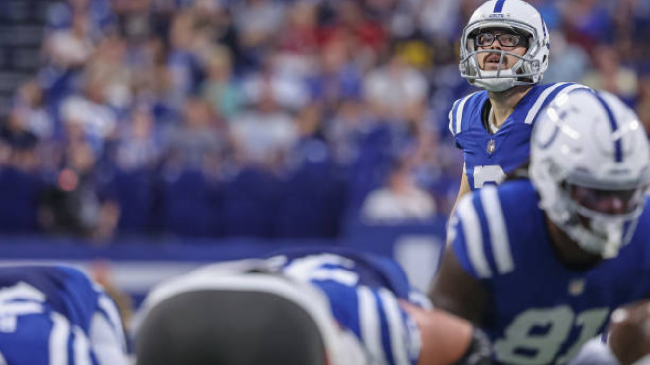 After months of telling the world about how things would be different this season, the Indianapolis Colts gave their fans more of the same in Week 1.

The Colts’ offense took a while to click in game 1, mustering only 3 points in the first half. The team even fell behind the Houston Texans 20-3 at one point in the 3rd quarter.

The Colts managed to fight back and tie the game at 20 and take the Texans to overtime, but they would unfortunately find themselves unable to score in the extra 10 minutes. The team had a chance to change that, setting themselves up for a 42-yard field goal that would have won the game, but Rodrigo Blankenship missed the field goal.

Now it appears that will be his last act as a member of the Indianapolis Colts. Today, NFL insider Tom Pelissero reported that the Colts are going to waive Blankenship following his pivotal miss.

The #Colts are waiving kicker Rodrigo Blankenship, per source.

Pelissero later added that the Colts have worked out a bunch of kickers today and will probably add a kicker or two to the practice squad to battle it out for the starting job.

The #Colts worked out a bunch of kickers today and likely will sign one or two to the practice squad, letting the competition continue. https://t.co/5EP7W1LweX

It’s an abrupt end to what had been a very successful career with the Colts before this weekend. Blankenship had made 41 of 48 field goal attempts and 50 of 53 extra points through his first 21 games.

Unfortunately for Blankenship, it seems that won’t be enough to save his job after the missed field goal and a pair of kickoffs that went out of bounds. I guess with Carson Wentz no longer a member of the Colts, they needed to find somebody new to blame for this loss.