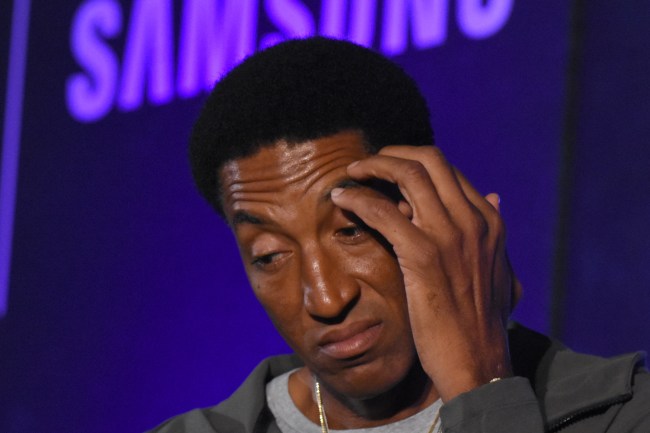 On Monday, it was revealed that Scottie’s ex-wife Larsa Pippen was having an affair with married 24-year-old Malik Beasley after the two were seen in Miami holding hands.

It appears like Scottie is trying to move on from Larsa by hitting up Instagram models but is striking out hard. Here is model Adrianna Brown aka TwoshotsofAdri complaining on her IG story about Scottie commenting on her page and sliding in her DMs.

Even Larsa came out to defend Scottie for being outed in public for shooting his shot on IG. 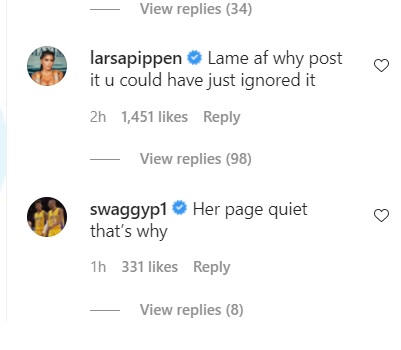 Update: Adri claims the IG story was sent out to her close friends list and wasn’t meant to be seen by the public.

Everybody getting cut off 💀