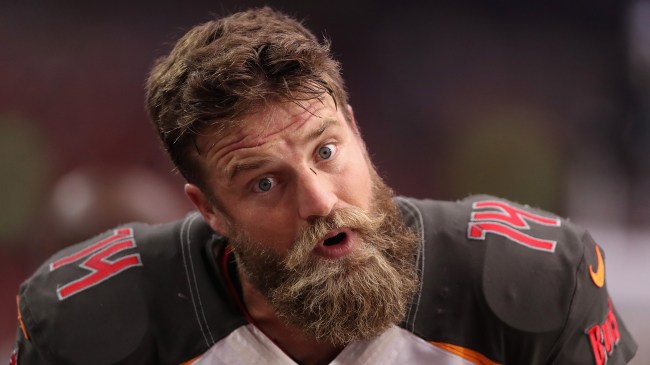 Listen, I love me some FitzMagic as much as anyone (just check out my Twitter avatar), but really, Dolphins?

In case you missed it, because, Dolphins, Miami traded their “franchise” QB Ryan Tannehill to the Tennessee Titans, leaving them with a grand total of zero quarterbacks who have thrown a pass in the NFL (Jake Rudock and Luke Falk).

Then, in a move that pretty much cemented the Dolphins’ status as the new Browns, they went out and signed Ryan Fitzpatrick to a two-year, $11 million contract with incentives that could bump that number up to between $17 and $20 million, according to Adam Schefter.

Of note, there was a report in January that claimed the Dolphins were planning to tank next season so they can draft a franchise quarterback, with that quarterback reportedly being Alabama’s Tua Tagovailoa.

As for Fitzpatrick, the Dolphins will be the eighth different team the 36-year-old quarterback has played for in his 14-year NFL career, so he is obviously not the answer… for any team. (He’s previously been the starting QB for the Rams, Bengals, Bills, Jets, Titans, Texans, and Buccaneers.)

Fitz is coming off arguably his best season after posting a 100.4 QB rating with the Buccaneers, and becoming the first player in NFL history to have three consecutive games passing for over 400 passing yards, and then later throwing for 400 yards in a fourth game (amazingly tying Dan Marino and Peyton Manning for that record), but was still benched and only ended up starting seven games. (Yes, FitzMagic threw for over 400 yards in four out of seven starts and was still benched.)

Naturally, the internet had a few questions, and many jokes, about this odd move by the Dolphins.

I could think of no better person to steer the ghost ship that is the 2019 Dolphins than Ryan Fitzpatrick. This is tanking done right.

The problem is Fitzpatrick will go wild a couple times and win games they otherwise had no chance to win. I hate tanking, but the Dolphins should do it right if they’re going to try. No need for 3-13 when that costs you the No. 1 pick.

Dayum 🙄...so who's gonna come in for the #Bucs when Jameis is suspended 4 or 5 games for a reason to be determined at a later date?