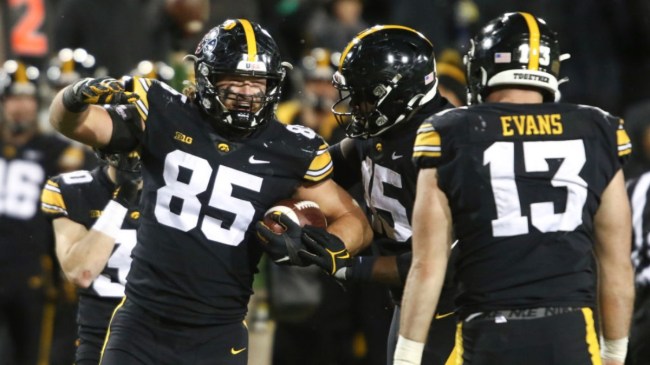 History was made in the Big 10 today. Most college football fans were likely distracted from this history by 3 of the top 4 teams in the country all being on upset watch today.

While the Iowa-Minnesota game may not have held the same importance as TCU-Baylor, Michigan-Illinois, or Ohio State-Maryland in terms of who will play for this year’s national title, it was still a part of some important college football history.

With the game’s total closing at 31.5, it was officially the lowest over/under in college football history, beating a 1995 game between Oregon State and Arizona that had a pre-game total of 33.

Strap up, we’re about to kick https://t.co/fiakM8YALF

To make this piece of history even more incredible, Iowa beat Minnesota 13-10 in the game, meaning that the two teams couldn’t even combine to to over the lowest total in college football history.

Iowa has been the perfect team for hitting under throughout this season. Their offense is really bad, but their defense is really good and when they’ve run into teams with similarly bad offenses like Iowa State, Nevada, Rutgers, Illinois and now Minnesota, it has led to some really ugly football games.

Today, it actually seemed like there was some hope that wouldn’t be the case. The two teams combined for 17 points in the first 20 minutes of the game. Unfortunately, the scoring really slowed down from there, with the two teams only scoring 3 points each the rest of the way.

Next week, Iowa takes on a Nebraska team that has scored a total of 39 points in their last 4 games. Maybe we’ll see the Hawkeyes break their own record.