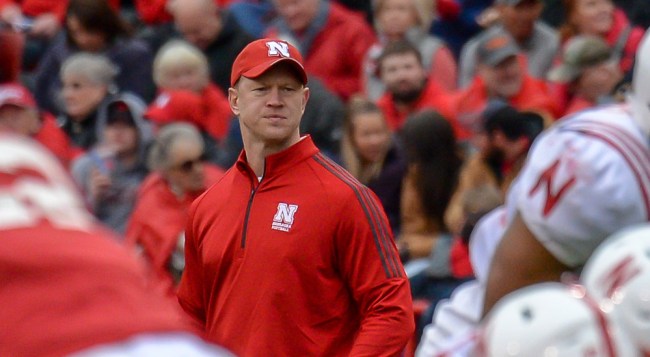 Remember when the University of Nebraska had a good football team? Like, really good? As in two of the greatest national championship teams (1971, 1995) in college football history good? Yeah… those days are long gone.

After 893 wins, 46 conference championships, and five national championships, the vaunted Cornhuskers are currently sitting at a robust 0-5 on the season.

The quarterback of Nebraska’s last national championship in 1997 (including a Orange Bowl rout of Peyton Manning and the Tennessee Volunteers), Scott Frost, has seen his team struggle mightily in his first year back to the school as head coach.

This struggle is not lost on Nebraska’s neighbors to the east, home of former Cornhusker Big 12 rivals Iowa State and current Big 10 rival Iowa Hawkeyes.

Fales, during his “What’s Bugging Andy” segment, laid into the Cornhuskers like they just slapped his mom and peed in his cereal in an epic two-minute evisceration of the program.

Heck, I went to the University of Iowa and even I cringed at just how hard Fales went at the poor, downtrodden Huskers.

“This was supposed to be the return of the great Big Red,” said Fales. “Well, you know what’s big and red right now? Your ass from getting spanked by every team from Wisconsin to Troy! You know what else is red? My face from laughing at the whole thing!”

His best line though was when he called Nebraska “Iowa’s Uncle Rico.” I have to admit I did chuckle a little bit at that one.