NBA Draft Pick Isaac Okoro Scores Major Points By Surprising His Parents With A Range Rover After Going No. 5 Overall 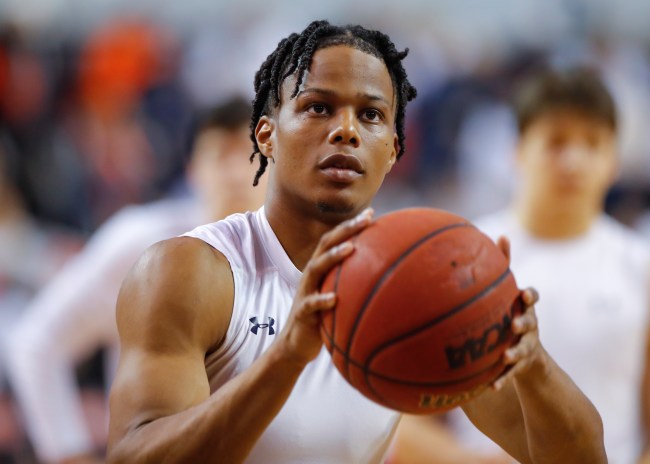 After my Cleveland Cavs selected Isaac Okoro No. 5 overall in Wednesday night’s NBA Draft, there was a little bit of relief from my friends and me. The freshman from Auburn seemed like the safest pick given the slot Cleveland was in, and immediately filled a need on the wing, so here’s to hoping he turns into an All-Star in the next couple of years.

While Okoro has all the talent in the world on the basketball court, I like my young guys to be gracious off the hardwood, showing respect to the people who helped them reach a lifelong dream. I don’t know why, but it just seems like the right thing to do when a teenager like Isaac Okoro instantly falls into millions of dollars and rewards his family and friends, you know? It shows they’re actually human, and aren’t afraid to give a little back.

Even though the 19-year-old hasn’t exactly signed his rookie contract with the Cavs yet, that doesn’t mean he isn’t sitting on a winning lotto ticket, just waiting for the cash to flow in. That’s why Okoro did something very cool for his parents last night, surprising them with a new Range Rover as a thank you for helping guide him to where he is today: An NBA player. Take a look below at the moment he revealed the new wheels to them.

Like, man, what a feeling for both Isaac Okoro and his entire family, who got to see his lifelong dream become a reality when the Cavs selected him No. 5 in the NBA Draft, and then kept the celebration going with a new Range Rover to gawk over — and to drive around town now. This is what being successful is all about, man: Rewarding those who always believed in you during the journey, both in the good and bad times.

While Okoro’s gesture might not be at the level of George Clooney — who gave 14 of his best friends a cool $1 million — it’s a start, and shows that he’s a good dude with a solid head on his shoulders. Seriously, not too many 19-year-old dudes would’ve thought this up after the biggest moment of their lives. But the incoming rookie took the attention off of himself and wanted to thank his parents. So cool.

As somebody who hopes to one day surprise my parents with a black Porsche (*touches wood that it’s very soon*), I can relate to Isaac Okoro here. You want to give back to the people who raised you and supported you, so good on the NBA draft pick for doing this — now here’s to hoping he’s about to become a superstar in the league.