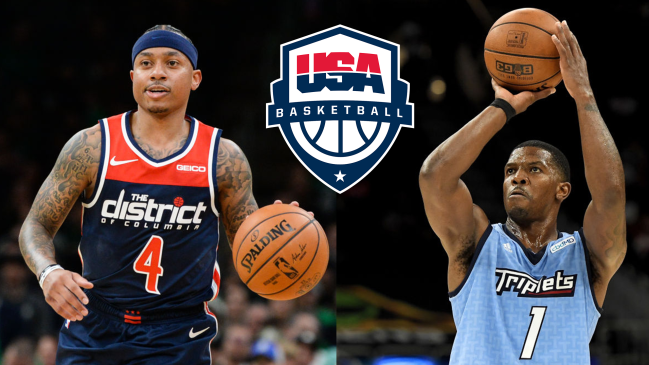 Isaiah Thomas and Joe Johnson are getting back to hooping. Both NBA veteran guards have committed to play for Team USA in the FIBA AmeriCup Qualifiers next month. With the regional tournaments happening in February, it falls in the middle of the NBA season and during the G-Leage bubble in Orlando. Thus, there is a smaller pool of players for USA Basketball to choose from, and it provided an opportunity for Bighead and Iso Joe to get back on the court.

So, the Team USA roster is taking shape for the AmericaCup in San Juan next month: Joe Johnson – seven-time NBA All-Star — is planning to play for the Americans too, sources tell ESPN. https://t.co/0OSlo5mEgJ

Thomas, who is 31 years old, finished fifth in MVP voting after the 2016-17 season, but has struggled to return to form after a hip injury in 2017. He spent time with Cleveland and Los Angeles in 2017-18, played in 12 games with Denver in 2018-19 and found a more steady role with Washington last year. However, despite his 23.1 minutes and 12.2 points per game with the Wizards, he he did not appear in the bubble after being traded to the Clippers and then waived after the trade deadline. Thomas is not on a roster this season. The upcoming qualifier will be an opportunity for him to showcase his game with hopes of parlaying positive play into a new contract in the NBA.

39-year-old Johnson last played professional basketball with the Big 3 in 2019 and was named the MVP en route to a Big 3 championship. He has previously represented USA Basketball on a few occasions throughout his 17 years in the NBA with Boston, Phoenix, Atlanta, Brooklyn, Miami, Utah and Houston. The seven-time All-Star has not officially retired from the NBA and will hope to make a case for one last run at a ring on a team looking to sign a veteran.

With the lack of NBA, G-League and collegiate athletes to pull from, there is a good chance that veterans could continue to join team USA over the course of the next few weeks. However the roster shapes up, Team USA will not be under any pressure. It has already secured a spot in the AmeriCup after going 4-0 in previous rounds of qualifying.

Iso Joe and Thomas will take the court on February 19-20 in San Juan, Puerto Rico.