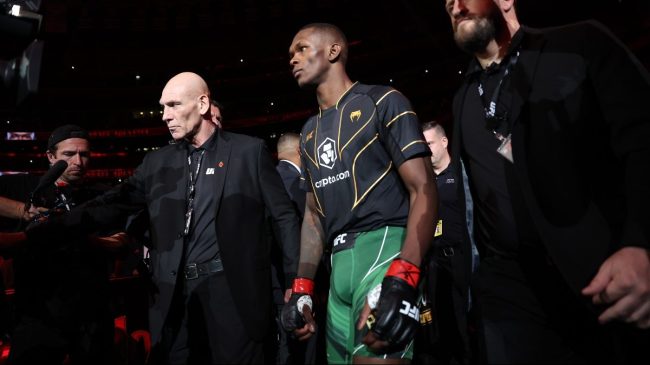 Alex Pereira shocked the world after TKOing the long-reigning Middleweight champion Israel Adesanya. The expectation is for the two of them to have a rematch in the future. However, it sounds like Adesnya already has a trilogy on his mind, which could be the biggest in UFC history.

According to MMA Fighting, Israel Adesanya plans to fight Alex Pereira next no matter what. During his sit-down talk with Ariel Helwani, the former champion claims, “I haven’t watched the fight again, but I don’t think I’m going to fixate on it, because it’s not one of these things that’s like, ‘Oh, goddamn it!’ I’ll fight him again. I’ll probably fight him two more times.”

The UFC star certainly wants to get back at Pereira. The two have a history outside of the octagon. Alex Pereira has beaten Israel Adesanya twice before in professional kickboxing. So, it’s no wonder the former champion wants a rematch, or two, so badly.

It surely was a shock to see Israel Adesanya go down at UFC 281. Even so, he’s still recognized as one of the best fighters ever. Hopefully, we do get to see a trilogy in the cage between these two, as the two fighters match up well against each other.