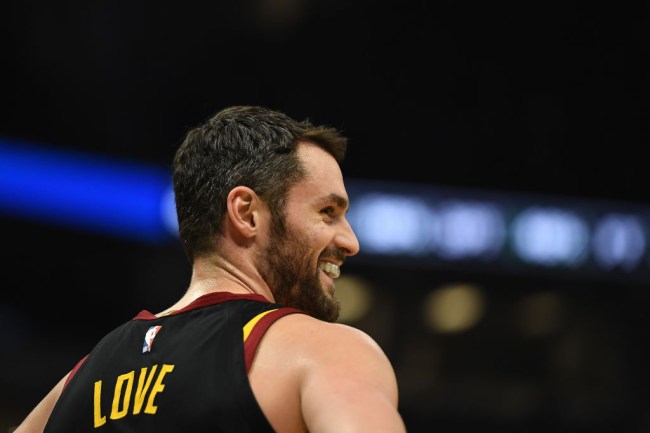 Ja Morant’s scouting report entering his rookie season in the NBA was all about his playmaking ability, specifically how he can distribute the ball to his teammates. The Memphis point guard has been doing plenty of that averaging nearly seven assists per game, but if there has been one surprise about Morant’s game is his willingness and ability to get to the basket.

We’re not talking about getting to the basket for finger-rolls, either, the 6-foot-3 guard goes to the hole aggressively looking to embarrass any defenders in his way.

Earlier this season in a game against the Rockets, Morant tried to throw down a flat-out insane dunk and took a tough spill. While he was lucky to walk away without an injury, this was the first real glimpse the NBA world was shown about his dunking ability and just how little he cares about his own body when it came to posterizing people.

While his dunk attempt against Houston was impressive, he one-upped himself on Friday night by jumping over Kevin Love under the basket nearly pulling off the dunk of the year. If he would have pulled this one off, I think Love would have had to retire from the game at that exact moment.

As I said earlier, this man takes it to the hole with aggression.

This is some Russell Westbrook like quickness and bunnies that Morant is showing here. No dunk this season would have come close to matching this one if he got it to fall, but the back of the rim kept it from happening.

As you would imagine, Love was vocal after the game about how happy he was that Morant didn’t pull off the slam.

“I went down to their bench and I said ‘he legit jumped over me.’ It was just at the very end he clipped me with his leg, but I was so glad he missed that dunk,” per For The Win. “I look back, I helped him up and just kind of… that was like my tip of the hat to him. The kid is really, really special and you’ve got to give credit where credit is due.”

Ja almost ended my professional career with this dunk…that kid is something special 🙏🏻🙏🏻🙏🏻 https://t.co/5SxCItAMba

It’s pretty awesome to see Love come out and just be straight-up about the play because he’s right, that’s a career-ender.