Urban Meyer Is Officially The Head Coach Of The Jacksonville Jaguars 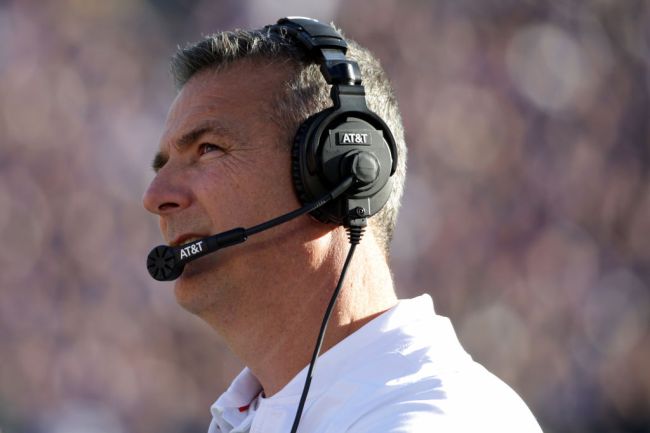 Well, he is back, folks. Urban Meyer, one of the most successful coaches in college football history, has made his return to football, but this time in the NFL. Meyer has officially been hired as the next head coach of the Jacksonville Jaguars.

“This is a great day for Jacksonville and Jaguars fans everywhere,” team owner Shad Khan told ESPN. “Urban Meyer is who we want and need, a leader, winner and champion who demands excellence and produces results. While Urban already enjoys a legacy in the game of football that few will ever match, his passion for the opportunity in front of him here in Jacksonville is powerful and unmistakable.”

The Jaguars hold the first-overall pick in the 2021 NFL Draft which will likely turn into Clemson quarterback Trevor Lawrence. Meyer did not hold back the enthusiasm about his new job in Jacksonville when addressing the media today.

“I’m ready to coach the Jacksonville Jaguars,” Meyer told ESPN. “Jacksonville has an enthusiastic fan base, and the fans deserve a winning team. With upcoming opportunities in the NFL Draft, and strong support from ownership, the Jaguars are well-positioned to become competitive. I’ve analyzed this decision from every angle — the time is right in Jacksonville, and the time is right for me to return to coaching. I’m excited about the future of this organization and our long term prospect for success.”

The Jaguars will be looking for Meyer to bring them back to the form they were in when they made a trip to the AFC Championship game in 2017.

Meyer owns a 187-32 record as a head coach at both Florida, Ohio State, Utah, and Bowling Green to go along with three national titles.