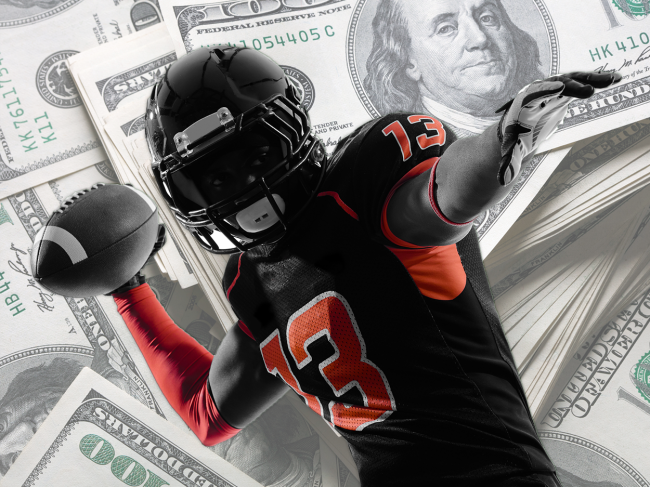 Jaden Rashada is considered the nation’s top dual-threat quarterback in the Class of 2023. Although he has yet to commit to his future college program, that isn’t stopping him from cashing in on his budding fame, according to ESPN.

Rashada, a junior at Pittsburg High School in California, is already set to sign his first Name, Image and Likeness deal. The endorsement deal is with a recruiting app company, Athletes in Recruitment (AIR), and will reportedly pay out a four-figure sum.

While that may not seem like a significant number, it is.

For starters, being paid more than $1,000 as a high schooler is nothing to scoff toward. Secondly, it is historic.

By signing this deal, Rashada is believe to be the first high school football player to profit from endorsements since the NCAA changed its rules on NIL over the summer. Previously, his deal with AIR would have made him ineligible to play in college if he accepted money.

As of December 2021, 15 states expressly prohibit high schoolers from profiting off of their NIL, either through legislation or through their respective high school sports associations. Most of the country, however, does not have clearly defined rules.

California is one of the states that does not. And thus, Rashada is making money where and while he can.

He also took the proper steps to ensure what he was doing was legal.

Rashada worked with an advisor to help lock down his first deal. His advisor, Ethan Weinstein, is a junior in college who represents a handful of college athletes.

Weinstein previously worked in the University of Wisconsin recruiting office and interned with an agent by the name of Drew Rosenhaus. Now he’s doing his own thing and helped connect Rashada with AIR.

Athletes in Recruitment was founded by James Sackville. Sackville is a 24-year-old Australian who punted at SMU.

After retiring from the game and graduating from college, Sackville founded his company. It is a platform designed to help college coaches, high school athletes and their advisors throughout the recruitment process.

Rashada, who partnered with the app, currently has offers from 22 college programs. Among them, Arizona State, Auburn, Oklahoma, Penn State and UCLA appear to be in the lead.

Wherever he ends up, Rashada will have a little bit of extra jangle in his pocket. Although a few high school hoopers have signed NIL deals, Rashada is breaking ground as a football player.