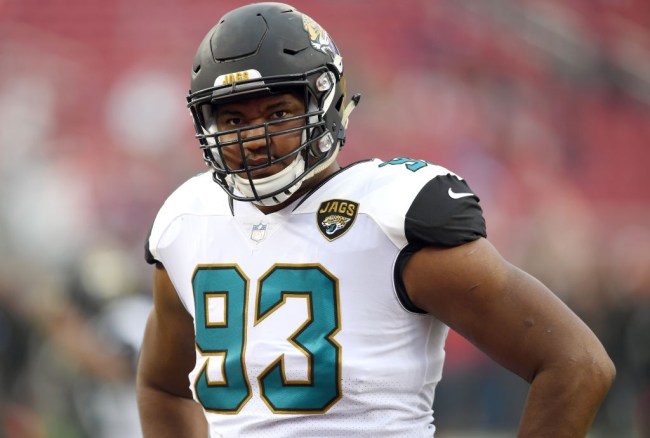 Jaguars Calais Campbell might be a psychic. Last week Campbell somehow predicted the exact 45-42 score for today’s game between the Steelers and the Jaguars.

Nobody saw a 45-42 #Jaguars win over the #Steelers. Nobody … except Calais Campbell, who reminded me what he told me after last week’s game. This is so weird @Campbell93 pic.twitter.com/QifCN5AuSc

The Jacksonville Jaguars defensive end, in an interview with the NFL Network’s Tom Pelissero earlier this week, mentioned that he could see one possible score against the Pittsburgh Steelers being 45 to 42.\\

Campbell was asked about how he was able to predict the score while speaking to the media after today’s game.

Informed after the game of his throwing out of what became the final score, Campbell told Pelissero: “I tell you, it just means we are on the right track. God is trying to tell me something. That was crazy.”

It’s an odd score that, according to Pro Football Reference’s historical score database, had only previously happened two other times in NFL history.

Pretty fucking creepy if you ask me. Maybe Campbell can start giving us predictions for the lotto.