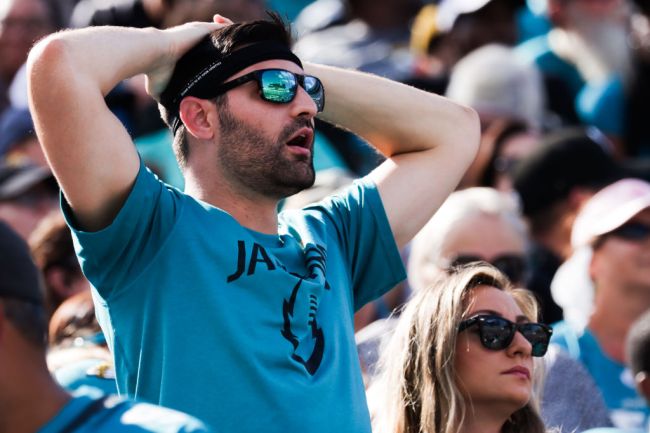 The Jacksonville Jaguars are really not doing themselves any favors. Not only did Urban Meyer and Trevor Lawrence’s debut end in a 37-21 loss to the underwhelming Texans, but the social media team caused quite a riff amongst fans.

At some point in the recent past, the Jaguars twitter account went on a purge of its feed. To do so, the team unfollowed around 198 people that it had followed previously.

was it something I said pic.twitter.com/CpkvbnUaK9

I got unfollowed, too. Badge of honor.

More than likely, the fans that were unfollowed were tweeting at the team for being so bad. Some of them were probably pretty mean, because, you know, internet.

Either way, whomever runs the team’s account went to town on a purge and unfollowed some pretty Day 1 faithful— @MadeByTim in particular.

Tim co-founded the Bold City Brigade, one of the most dedicated fan groups for Jacksonville. He was even in Houston for the game.

No matter how frustrated he was, the social media person probably shouldn’t have unfollowed anyone but the unruly, let alone one of the team’s biggest fans.

The Titans took note and used the opportunity to capitalize on the Jaguars’ failures. Shortly after Tim got the axe from Jacksonville, Tennessee swooped in give him the follow.

It’s hard to imagine that Tim will be abandoning the Jags anytime soon. He has been with them through losing seasons in 10 of the last 15 years— and two of them finished 8-8.

With the promise that Lawrence brings to a franchise, he isn’t jumping ship. However, the Jaguars better be careful or they’re about to send their fans right into the arms of Nashville.