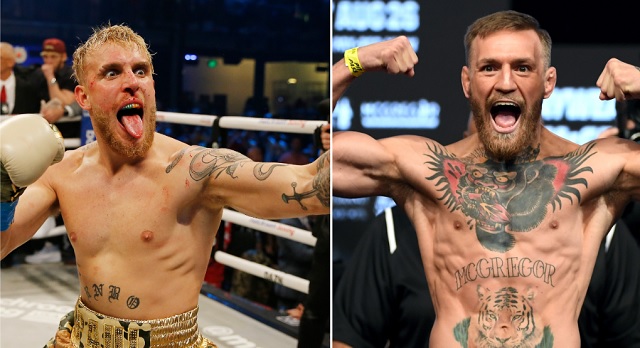 On Saturday, the famous Youtuber won his third straight fight after knocking out former UFC fighter Ben Askren in one round.

After the fight, Paul talked about what’s next for his boxing career and while he’s not entirely sure who he’ll face after Askren he does believe a fight vs UFC superstar Conor McGregor is imminent.

We’ll see,” “There are a lot of people. But honestly, when it comes down to signing the contract, these guys duck. Honestly, we’ll see. The McGregor fight just became more realistic, like I’ve been saying. I just want to do big fights.

Paul may be also trying to lure UFC star Nate Diaz into a fight. On Sunday afternoon Paul randomly tweeted that he could KO Diaz in three rounds.

At this point, no matter who Paul chooses to fight it’ll probably do extremely well on the PPV market.