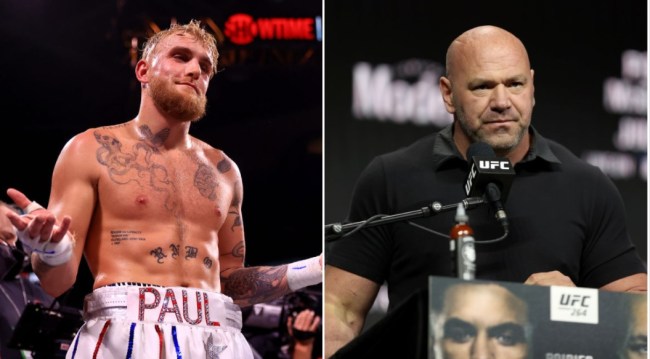 Jake Paul has responded to Dana White’s challenge with a challenge of his own.

Last week, White went on Teddy Atlas’ podcast where he said he’d be willing to get tested for cocaine if he Paul would be willing to take a random steroid test.

On New Year’s day, Paul fired back by saying that he would be willing to retire from boxing and fight in the UFC if White would increase fighter pay and benefits. 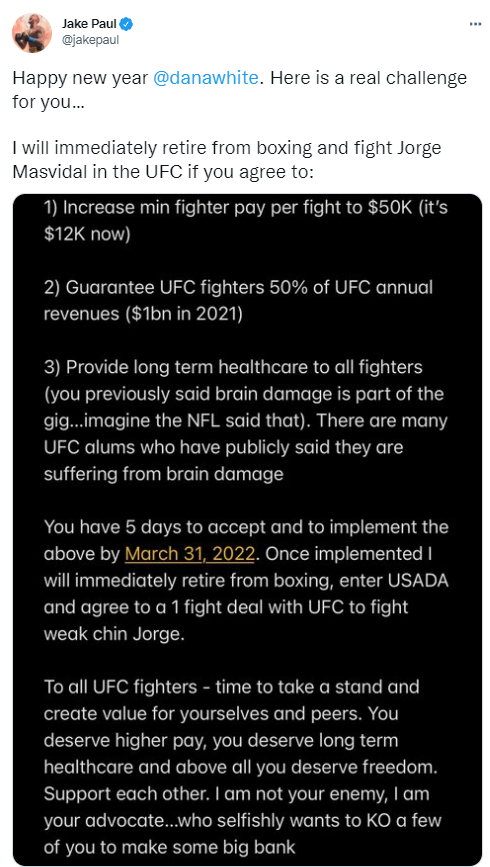