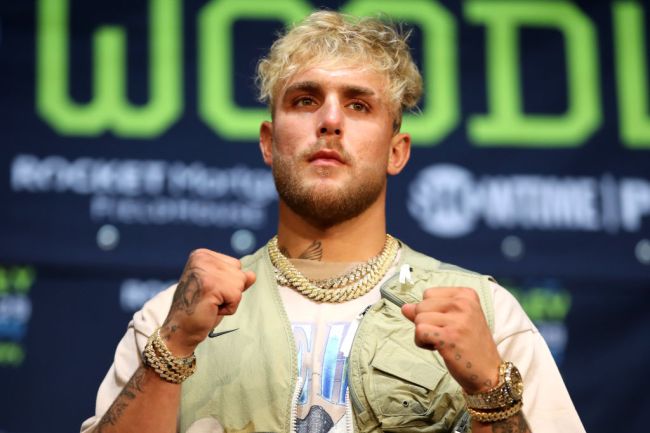 “I just don’t see it happening,” “I don’t hate the kid. Is he f*cking annoying? Yeah, he’s annoying. He’s out there trying to make that money, and his shelf life is very f*cking short.”

, “Listen, I never say never, but I highly doubt it (working with Paul). It’s just not what I do. There’s a market for that. He could fight a different type of celebrity every week, and there’s going to be a segment of the population that wants to pay for that and see it, but that’s not what I do. I put the best against the best.”

During a pre-fight press conference before his fight against Tyron Woodley, Paul, who has been critical of the UFC’s business practices regarding fighter pay, told reporters that he believes he’s going end up knocking out White if they ever bumped into each other on the street.

Reporter: “When does this end?” “Does it end with you fighting a current UFC fighter?”

Jake Paul “I think it ends with me running into him (Dana White) in a club in Vegas and knocking him the fuck out,”