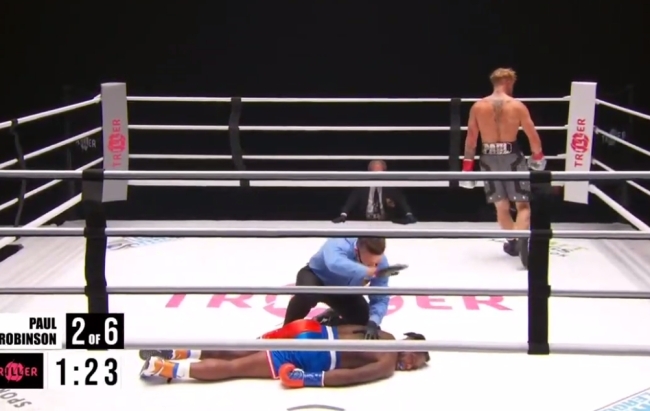 Former NBA star Nate Robinson made his boxing debut on Saturday on the Mike Tyson-Roy Jones Jr. undercard and it’s safe to say it’s going to be his last.

During his fight against Youtube star Jake Paul, Robinson was knocked down in the first round.

And then was brutally knocked out cold in the second round.

Not a good look for the former NBA slam dunk champ.

Nah man White Bul bout to have a field day with this shit I’m sick 😂😂 pic.twitter.com/reZaPdpw5i