Jake Paul Vs Hasim Rahman Jr. Cancelled A Week Before The Fight Due To Weight Issues 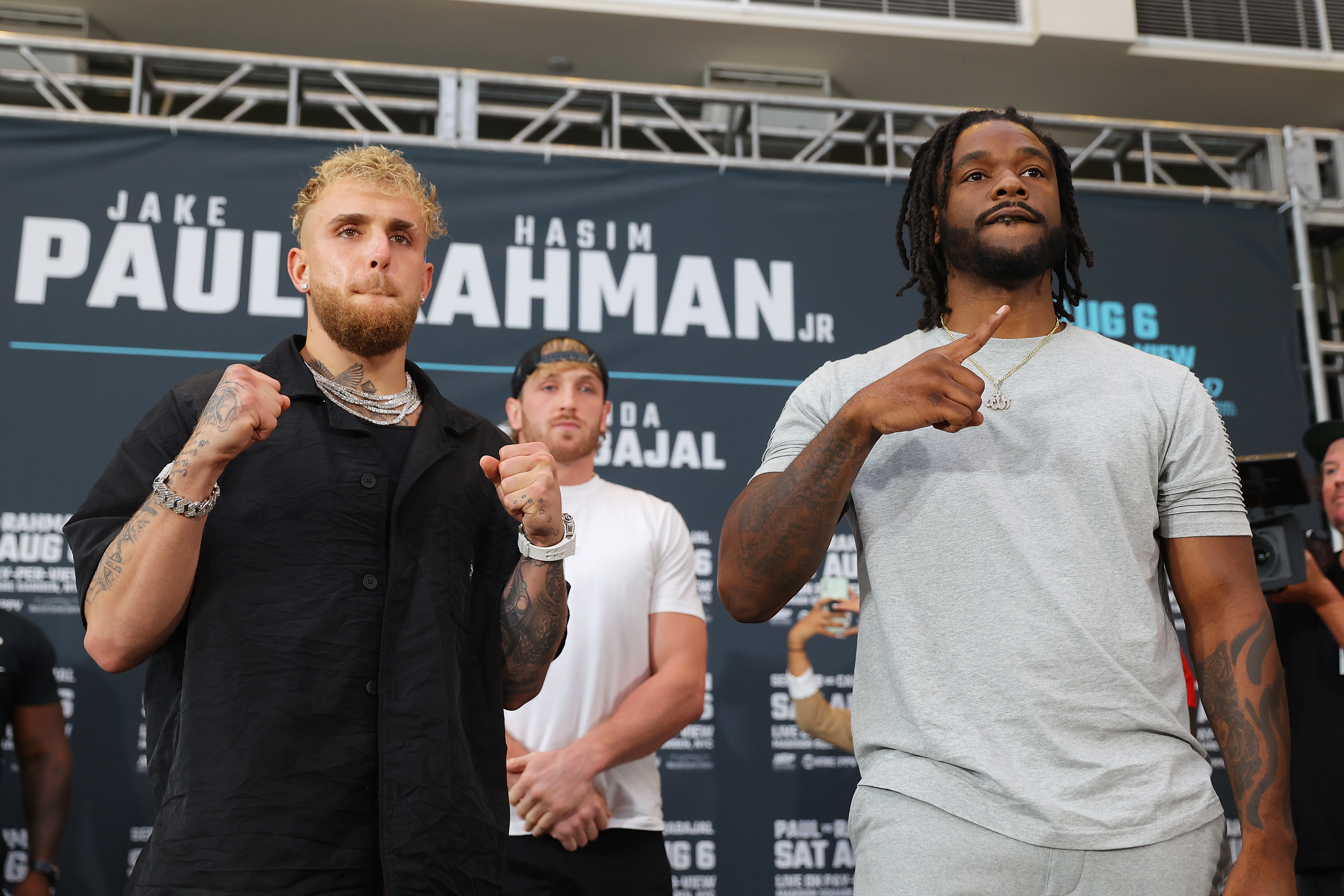 Jake Pail will not be fighting Hasim Rahman Jr after all.

First Tommy Fumbled and now Hasim Rahman Crumbled. These boxers are the most difficult people to work with and continually lack professionalism and confidence to fight me.

I apologize to all of the of the other fighters on the card, our partners, our team and the fans. https://t.co/0q6MxqG3XJ 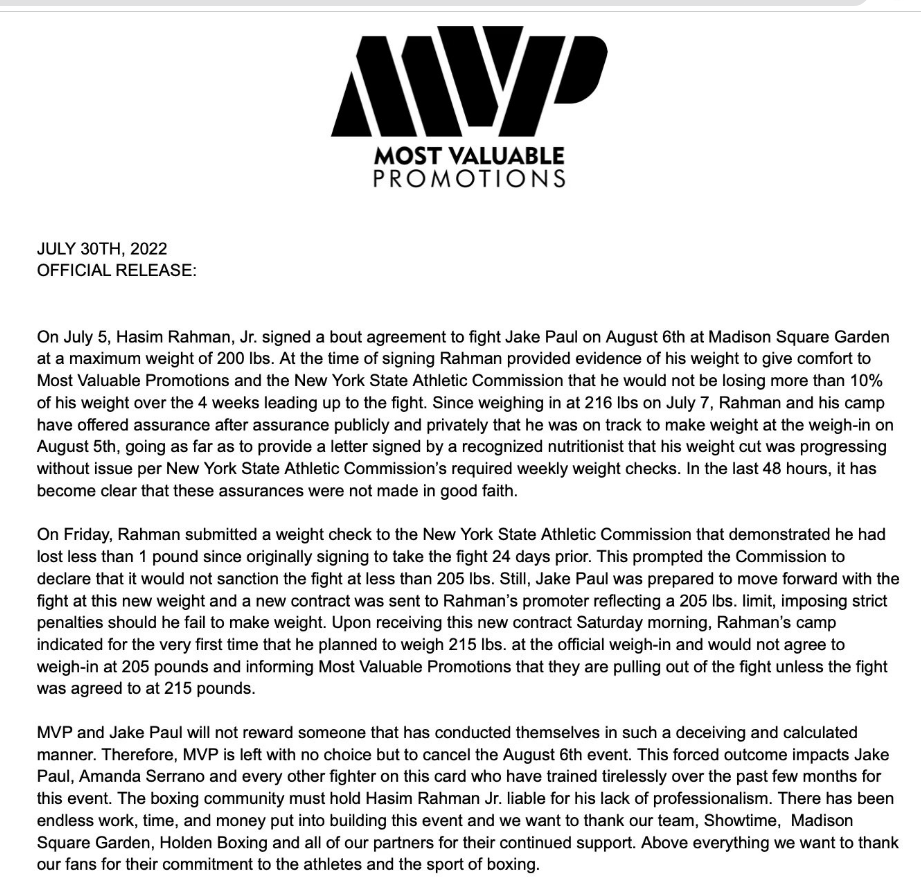 Paul released another video talking about the fight cancellation and said Rahman didn’t lose weight because scared to fight him.

Yet again my opponents has pulled out of the fight… (1/2) pic.twitter.com/7ADOku3glx