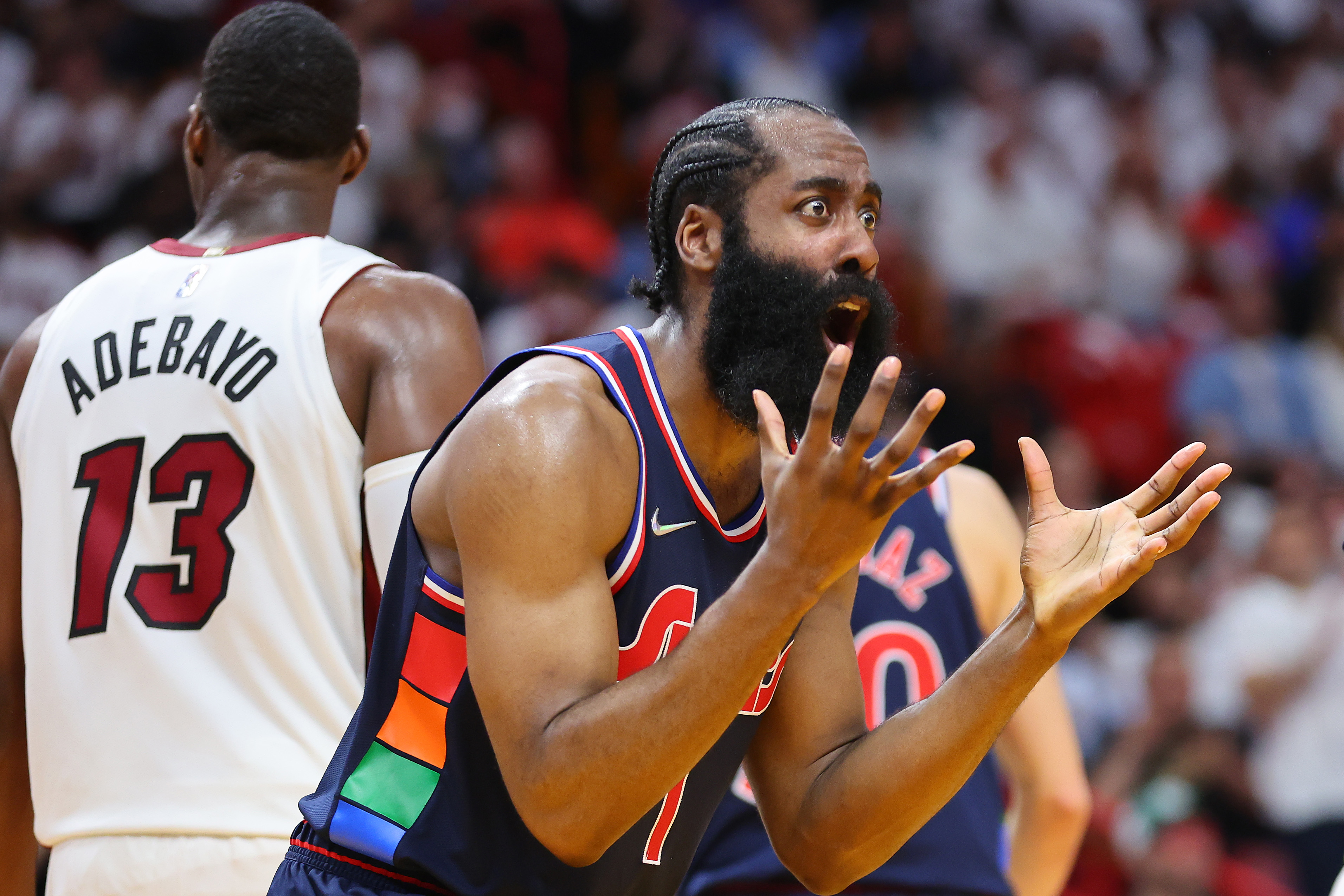 James Harden absolutely disappeared when the Sixers needed him most but he doesn’t think he’s too blame for is performance.

On Thursday night, Harden went scoreless in the second half of game 6 at home while the Sixers were fighting for their playoff lives.

After the game, Harden went on to blame the Sixers’ offense for not getting him the ball.

James Harden, when asked why he only took two shots in the second half: “We ran our offense, and the ball didn’t get back to me.”

Harden also said that he planned to opt-in and return to the Sixers next season.

James Harden says he'll be in Philly next season pic.twitter.com/LKwzG2tIXC

“I’ll be here, whatever makes this team, whatever allows this team to continue to grow and get better, do the things necessary to win and compete at the highest level”

Sixers fans weren’t happy with Harden’s performance and ripped him to shreds after the game.

AIN'T NO WAY THIS MAN IS BLAMING THE COACH FOR HIM TAKING 2 SHOTS. AIN'T NO WAY! https://t.co/DEMEP25vlH

That's it. I'm done. No accountability. Not a shred. https://t.co/sHxbJqmabN

James "it's all their fault" Harden ladies and gentlemen https://t.co/yH2obe9TYa

Points in the 2nd half tonight:

Not showing up in elimination games pic.twitter.com/ff54FwvdQ7

got simmons off the roster just for harden not to shoot with the season on the line. i gotta admit that's pretty funny.

James Harden is 32 going on 42. Even worse, he just doesn't CARE. He's made tons of $$$ and knows somebody will pay him tons more. He's got his MVP. He's Top 75. Championships never were his thing. Hides under playoff pressure. Supremely skilled nightmare.